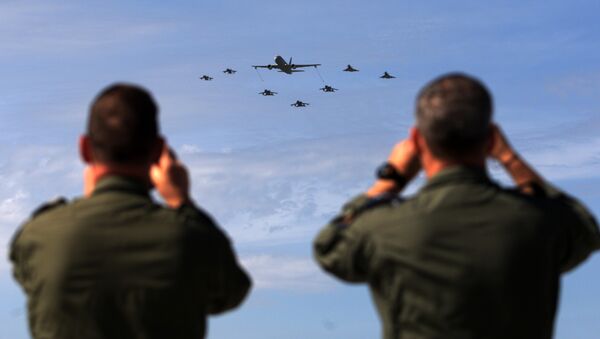 © AFP 2023 / MARCELLO PATERNOSTRO
Subscribe
International
India
Africa
Commenting on the inauguration of a new NATO Force Integration Unit (NFIU) in Slovakia on Tuesday, a commentator for the country's major center-left newspaper Pravda Martin Krno explained to Sputnik why he thinks that the US is unlikely to recall its units from Europe even though President Trump has called NATO "obsolete."

NATO Cites Aggression Fears While Opening Office in Slovakia
On Tuesday, January 24, the Alliance "marked the inauguration of a new NATO Force Integration Unit (NFIU) in Slovakia," according to a statement on NATO's website.

"This multinational unit is one of eight small headquarters in the eastern part of the Alliance and will play a vital role in military planning, exercises and facilitating reinforcements," the statement says.

Commenting on the inauguration of a new NATO unit, Slovak commentator for the country's major center-left newspaper Pravda Martin Krno, the chairman of the Regional Committee of the Slovak Association of Anti-fascist Fighters explained to Sputnik Czech that it is housed in the barracks of the Bratislava borough of Vajnory. It is staffed by 21 Slovakian personnel along with 20 international personnel from the member states under the agreement between Slovakia and NATO. 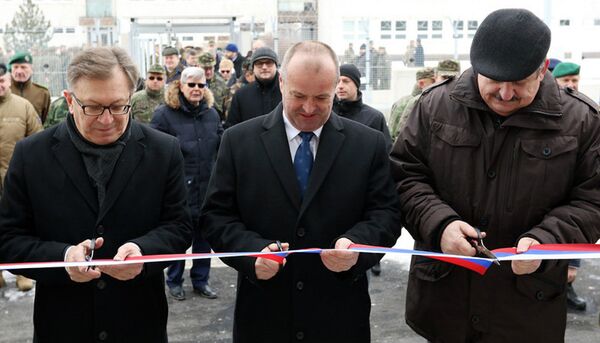 It is the eighth such unit in Eastern Europe, the other seven NFIUs are located in Bulgaria, Estonia, Hungary, Latvia, Lithuania, Poland and Romania.

Europeans Concerned US Troops' Arrival in Poland Could Fuel Revanchism in Warsaw
"The message is clear: NATO is here in Slovakia. We are committed to defend your country and your people against any threat or act of aggression," Ambassador Tacan Ildem, NATO Assistant Secretary General for Public Diplomacy said at the inauguration ceremony of the unit.

"More broadly, these eight NFIU’s symbolize NATO’s solidarity. To the idea that we are in this together. That we will defend one another. It’s the notion of “one for all and all for one” that has kept NATO strong, our citizens safe, and our countries at peace for nearly 70 years," he added.

The NATO official further explained that all eight NFIUs are part of NATO’s Readiness Action Plan – or RAP – that was agreed to at NATO’s Wales Summit in 2014.

Commenting on the future of this plan in the wake of recent comments of the new US president, who called the alliance obsolete, Martin Krno suggested that it will first of all apply to the Eastern European countries, such as the Baltic States and Poland, which insist on the deployment of such military units on their territories.

"Of course, the build-up of the US and NATO military presence on the Old Continent creates tensions and prompts Russia to respond. However Trump's decision to revoke US military units will depend on the financial side of the issue," he said.

The commentator further added that during his electoral campaign and afterwards, Trump has repeatedly said that NATO comes at a high cost to the US and that his country can no longer afford to subsidize the alliance.

'Great Rebuilding' of US Armed Forces Reflects 'Distrust in NATO'
He further stressed that only five out of the 28 member states, namely the US, Greece, Poland, Estonia and the UK, fulfill their obligations and contribute up to 2 per cent of their gross domestic product (GDP) to their defense.

Until now, he said, Slovakia has been spending 0.5 per cent of its GDP on its military needs. Currently, this number stands at 1.15 percent, while at the Wales summit, the country promised to increase it by 2020 to at least 1.6 percent of GDP. However a number of the country's experts doubt it will be able to.

"Trump is right, why should the US bear the major economic burden of providing the security of Europe and, by the way, Ukraine as well?" Martin Krno questioned.

Still, he further doubted that the new US president will go on with revoking the US units from Europe, as it is not that simple even for the US head as he will hardly find consent within the US Congress.

However in case it happens, the European Union will be forced to think over the set-up of its own military units, which, in turn, will decrease its dependency on the US. The European Army, he suggested, could be quite capable of guarding the frontiers of the Union.

World
Trump Pushes for 'Equitable Distribution of Spending in NATO'
Speaking about possible rapprochement between Russia and the US after the election of Donald Trump, the Slovak commentator suggested that the US president will opt for the softening of relations between Moscow and Washington as the tensions have a negative impact on economic cooperation. The US business circles, which Trump has been recently part of, are experiencing losses.

Under Obama, he said, the West found itself in deep confrontation with Russia, almost on the edge of the new Cold War. Krno said that he is optimistic about coming de-escalation of tensions.

He also commented on the much talked about "Russian threat" as a pretext for the expansion of NATO up to Russia's borders, saying that it is in fact terrorism, uncontrolled migration and the threat of nuclear terrorism that Europe should focus on.

During the last five years, he said, the countries of Eastern Europe have prevented four attempts to sell radioactive materials. These threats should be addressed in partnership with Russia, he concluded.