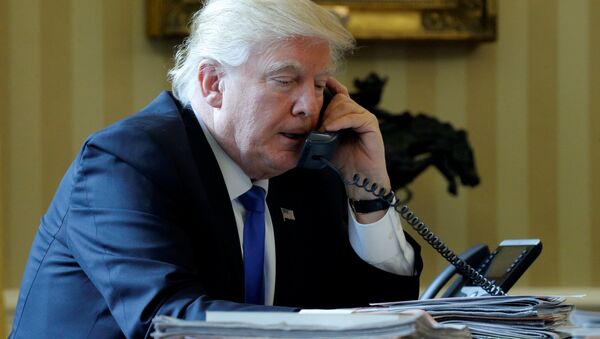 MOSCOW (Sputnik) — The phone conversation between Russian President Vladimir Putin and US President Donald Trump on Saturday was constructive, the sides demonstrated respect and willingness to resolve issues through dialogue, which was unseen under previous US leader Barack Obama, Kremlin spokesman Dmitry Peskov said Monday.

"The conversation was good, it was constructive, and practically, from the viewpoint of beginning the discussion of a number of issues concerning regional and international security… placement of the main emphasis on the issues of possible cooperation in the fight against terrorism, as well as very positive from the viewpoint, perhaps, that the heads of state noted respect as a very important principle of bilateral relations," Peskov told reporters.

Putin, Trump Convinced Ukraine Crisis Cannot Be Protracted
"It hardly seems possible to speak of any agreements, as at first the date and the place of the meeting of the two presidents needs to be worked out," he added.

Putin and Trump held their first official phone conversation on Saturday, during which they discussed the situation in the Middle East and the Arab-Israeli conflict, anti-terror efforts, the sphere of strategic stability and non-proliferation, the Iranian nuclear program, the situation on the Korean peninsula as well as the situation in eastern Ukraine.