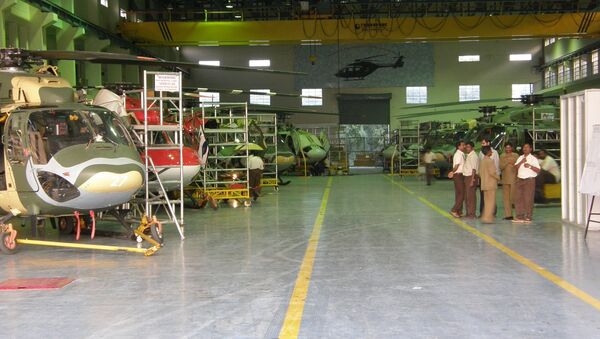 India to Buy Hundreds of Missiles for Russian Self Propelled Air Defence System
New Delhi (Sputnik) – The Indian government has signed a sizable contract with Reliance Defense and Engineering Ltd (RDEL) a company promoted by Reliance Infrastructure, in a major boost for private defense manufacturing. The company claimed that it has signed a contract with India’s Ministry of Defense for the design and construction of fourteen (14) Fast Patrol Vessels (‘FPVs’) for the Indian Coast Guard; the value of the deal is $137.68 million. Reliance Defense and Engineering emerged as the winner through a competitive bidding process undertaken by the Defense Ministry. Almost all the private sector and public sector shipyards: L&T, Cochin Shipyard Limited, Goa Shipyard Limited, Garden Reach Shipbuilders & Engineers Ltd had participated.

“This is the first time a private sector shipyard has been awarded a contract to design and build such a class of ships for the Indian Armed Forces. RDEL will be developing the design in-house. Reliance Shipyard, which features the largest dry-dock in the country, has successfully mastered the block-construction technique through unique 'modular construction technology' for building large ships for both commercial usage and the Navy,” claims the first private sector company in India to obtain a license and contract to build warships.

This could prove to be a landmark decision in a bid to achieve India’s $2 billion defense export target as all the state-owned companies are burdened with domestic orders and left with little or no space for export assignments.

“The combined R&D expenditure of the government-owned companies is a mere five per cent of their turnover, in comparison of 20% for some global companies. Given such a poor focus on R&D, it is not surprising that they have designed and developed very few products. The average labor productivity of public sector defense undertakings is less than one-fifth that of that of major global defense companies. Exports, a measure of international competitiveness, account for a meager five per cent of their sales, whereas many international companies generate over 70 per cent of their revenues from international customers,” says Laxman Kumar Behera, a Delhi based expert in defense industry and military spending.

Government sources said that in order to build India's first homemade 155mm/52-caliber towed artillery gun, it can also go to private sector’s kitty as well. The Indian Army has a requirement of more than 3000 artillery guns expected to be inducted in next decade.

000000
Popular comments
GREAT!! Show PATHETIC Russian BUSINESSMEN, or Business BUFFOON'S, how STUPID they look TODAY. Take their sales worldwide too. Maybe they FINALLY LISTEN. YOU DON'T BUILD abroad or transfer tech,.,, That;s STUPID. I recall a car CEO in Russia. From abroad. He apologized for transferring all technologies to E.U!! What a group of CLOWNS. I would had SUE him to the end of earth. How could ANYONE allow that? Actually, Russia should build it's own CHASSIS and don't buy any abroad. You can sell them built. What they THINK TRUMP wants into Russia. He said it. They won't even notice. THEY STUPID!!
cast235
30 January 2017, 17:36 GMT
000000
Newsfeed
0
New firstOld first
loader
LIVE
Заголовок открываемого материала
Access to the chat has been blocked for violating the rules . You will be able to participate again through:∞. If you do not agree with the blocking, please use the feedback form
The discussion is closed. You can participate in the discussion within 24 hours after the publication of the article.
To participate in the discussion
log in or register
loader
Chats
Заголовок открываемого материала
Worldwide
InternationalEnglishEnglishMundoEspañolSpanish
Europe
DeutschlandDeutschGermanFranceFrançaisFrenchΕλλάδαΕλληνικάGreekItaliaItalianoItalianČeská republikaČeštinaCzechPolskaPolskiPolishСрбиjаСрпскиSerbianLatvijaLatviešuLatvianLietuvaLietuviųLithuanianMoldovaMoldoveneascăMoldavianБеларусьБеларускiBelarusian
Transcaucasia
ԱրմենիաՀայերենArmenianАҧсныАҧсышәалаAbkhazХуссар ИрыстонИронауОssetianსაქართველოქართულიGeorgianAzərbaycanАzərbaycancaAzerbaijani
Middle East
Sputnik عربيArabicArabicTürkiyeTürkçeTurkishSputnik ایرانPersianPersianSputnik افغانستانDariDari
Central Asia
ҚазақстанҚазақ тіліKazakhКыргызстанКыргызчаKyrgyzOʻzbekistonЎзбекчаUzbekТоҷикистонТоҷикӣTajik
East & Southeast Asia
Việt NamTiếng ViệtVietnamese日本日本語Japanese俄罗斯卫星通讯社中文（简体）Chinese (simplified)俄罗斯卫星通讯社中文（繁体）Chinese (traditional)
South America
BrasilPortuguêsPortuguese
NewsfeedBreaking
02:16 GMTGerman Politicians Slam University Guidelines to Implement ‘Gender-Neutral’ Language
01:39 GMTThe Last Time the US Gave an Ally Nuclear Technology, France Tried to Quit NATO
01:36 GMTAntarctic Ozone Hole Now 'Larger Than Usual', Covering Entire Continent, Scientists Say
01:22 GMTTrump Allegedly Joked That Jared Kushner Is ‘More Loyal to Israel Than US’
01:15 GMTVogue Releases Video of AOC’s ‘Dress Prep’ for Met Gala
00:25 GMTNo New Date Set for Resumption of Pretrial Hearings of 9/11 Case in Gitmo, Spokesperson Says
00:06 GMTUS Closes Del Rio Port of Entry on Texas-Mexico Border Due to Influx of Migrants
00:03 GMTNew Research Sheds Light on How to Tackle Obesity
YesterdayWhite House Confirms in Touch With France Over Envoy's Recall, Will Work to Resolve Issues
YesterdayTop Senate Defense Panel Republican Says Biden Ultimately Liable for Kabul Drone Strike
YesterdayGantz: Israel Could Accept Return to JCPOA if US Has ‘Plan B’ for Iran’s Nuclear Program
YesterdayUS Judge Denies Giuliani’s Request to Return, Destroy Seized Evidence, Reports Say
YesterdayFrench Court Finds Man Guilty of Cartoons Portraying Macron as Hitler Over COVID-19 Policies
YesterdayAustralia's Great Emu War: How a Nation Declared War on a Bird and Lost
YesterdayBlinken Vows to ‘Keep Normalization Marching Forward’ on One-Year Anniversary of Abraham Accords
YesterdayEx-Algerian President Abdelaziz Bouteflika Reportedly Dies Aged 84
YesterdayAct of Sabotage Results in Power Outage in Damascus, Energy Minister Says
YesterdayOld Friends Are Not the Best?
YesterdayMilley Assured Pelosi That US Military, Not Trump, Controlled the Nukes, Vice Chairman Says
YesterdayFed. Chief Powell Orders Sweeping Ethics Review Amid Trading Scandal at Federal Reserve