Humanity’s Earliest Ancestor: A Blob with a Giant Mouth and No Anus 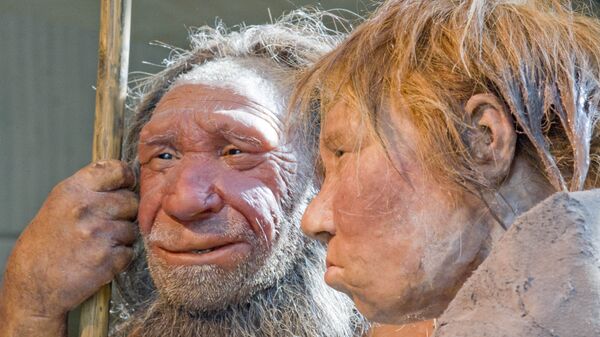 Humanity’s earliest known ancestor has been discovered, in the form of a bag-like sea creature smaller than a fruit fly that inhabited Earth’s oceans about 540 million years ago. The team behind the discovery claims that the identification of the tiny creature will help to close a huge gap in the evolutionary record.

Saccorhytus coronarius, roughly translating to "crown sack," was discovered among millimetric fossils in the Shanxi province of China. The team that discovered the fossils then imaged them using an electron microscope, as well as a CT scan. From this, they were able to reconstruct what Saccorhytus looked like.

Researchers believe Saccorhytus had a spherical body with a large mouth. It probably lived on the sea bed, swallowing food particles, or even other creatures, whole. Researchers suggest that it may have had skin, muscles, and bilateral symmetry, meaning its left and right sides are roughly identical, as are virtually all animals.

Another key observation revealed that small conical structures dotted the creature's form, which researchers believe to be the place that water taken in through its mouth escaped the body cavity.

Meet your earliest known ancestor! The microscopic Saccorhytus lived 540 million years ago, and er, had no anus: https://t.co/phm7dF28La pic.twitter.com/vUevghffvu

​However, researchers found no evidence that Saccorhytus had an anus. "If that was the case, then any waste material would simply have been taken out back through the mouth, which from our perspective sounds rather unappealing," said Simon Conway Morris, Professor of Evolutionary Palaeobiology with the University of Cambridge.

Saccoryhtus is a deuterostome, a member of a superphylum that includes all vertebrate animals, as well as numerous invertebrates, including starfish and sea urchins. Other known deuterostomes lived some 510-520 million years ago, but the numerous phylums spreading from deuterostome have made it difficult to trace descendants back a common ancestor.

Saccorhytus is the earliest known deuterostome, and the team of English, Chinese, and German scientists believes it to be the common ancestor of the entire superphylum.

"In effect what we are suggesting here is that this is the earliest, oldest, most primitive of the deuterostomes," said Conway Morris. "This is, if you like, the starting point of an evolution which led ultimately to things as different as a sea urchin, starfish and rabbit."

"We think that as an early deuterostome this may represent the primitive beginnings of a very diverse range of species, including ourselves," said Morris. "All deuterostomes had a common ancestor, and we think that is what we are looking at here."

Saccorhytus is believed to have come about at the beginning of the Phanerozoic eon, the era in which complex life arose on Earth, beginning 541 million years ago and continuing to this day. The earliest section of the Phanerozoic, the Ediacaran period, has very few fossils, as organisms with hard sections, such as shells, had yet to evolve.

That includes Saccorhytus, which had no mineralized sections. Only its status as a bottom-feeder made it possible for a fossil to form. Morris admits that the fossils are imperfect. "Our material is generally crushed, and despite the superb preservation we might have overlooked the evidence," he said.

"Our team has notched up some important discoveries in the past, including the earliest fish and a remarkable variety of other early deuterostomes," said Degan Shu with Northwest University in Xi'an, China.

"Saccorhytus now gives us remarkable insights into the very first stages of the evolution of a group that led to the fish, and ultimately, to us."