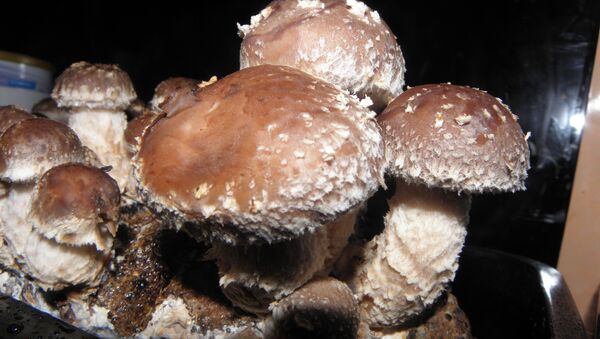 Russia’s first mushroom farm set in a forest is going to be created by Artem Degtyarev, whose business plan won a competition for land development of the so-called “Far Eastern hectare.” In an Interview with RIA Novosti, Artem spoke about the unique Asian shiitake mushrooms he plans to grow there, and how other business opportunities are available.

In June 2016, the Russian government introduced a new law allowing Russian citizens to receive a free hectare (2.5 acre) of land in the Russian Far East, the act is known locally as the  “Far Eastern hectare.” Total ownership is transferred only after five years, and only if the owner conducts some sort of legal economic activity on the land.

A survey carried out in January 2017 showed that nearly a quarter of over eight million Russians are interested in getting their own slice of land in Primorie under a new government program.

The shiitake is an edible mushroom native to East Asia, which has been cultivated and consumed in Chiba, Japan, and many Asian countries for centuries. In the wild, the shiitake grows in the warm and moist climates of Southeast Asia on the decaying wood of deciduous trees. In Russia's Far East it can be found growing on Mongolian oak and Amur linden trees. The mushroom is said to possess a number of health benefits.

Artem Degtyarev said that he became interested in the program as soon as he heard about it.

“Soon after the implementation of the law on the Far Eastern hectare began, my partners and I came up with the idea of growing shiitake there. I made a presentation of my project, took part in the contest and won in one of the categories,” Degtyarev said.

Shiitake farms exist in Japan, the USA and even in Europe. Russians have tried to cultivate the mushrooms in the past, but only in vitro due to the climate.

“Primorie is the only region in Russia where shiitake can grow outdoors in the wild,” Degtyarev stressed. “That is the only place where a big and productive mushroom farm can be built without large investments.”

“Shiitake from the forest are much more fragrant and tastier than those grown indoors. Natural ones are better for your health as well. The Japanese have recently discovered that shiitake contain some bioactive agents that help to fight cancer,” the farmer proudly said. 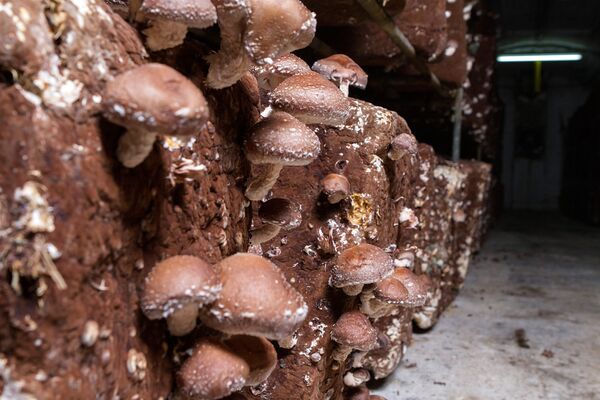 Degtyarev also told the RIA Novosti reporter about some Korean businessmen who tried to grow shiitake in the Russian Far East but failed because their calculations were built upon a Korean business model.

“The Korean businessmen said that the Far Eastern sort of shiitake is the healthiest, growing in the north makes the mushrooms store more nutrients.”

Degtyarev plans to sell shiitake both as a food and as a pharmaceutical product.

He says potential buyers contacted him soon after he won the contest. Businessmen from China, South Korea, and Russia were interested in the pharmaceutical potential of the mushroom as well as using it as a food.

According to preliminary calculations, Degtyarev’s project will start to pay off in 4 years.

However, Degtyarev has not got his hectare in the taiga yet – because of a refusal by the State Forestry to grant the land.“The refusal didn’t make me less enthusiastic, just more realistic,” the businessman said.

Artem is determined to apply again for the land again in the 3rd round of the  program which kicks off on February 1.

He advised his counterparts who did not manage to get the land at the first attempt not to give up, and is confident that the Russian government will fix any mistakes in the program.