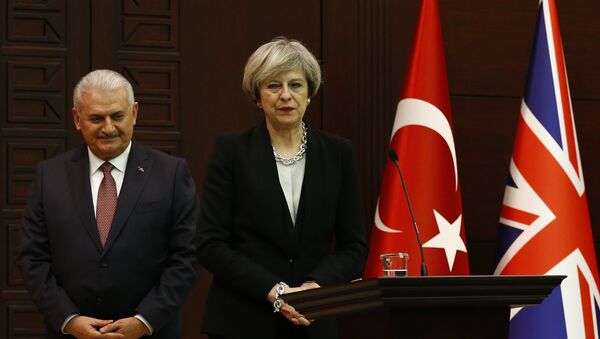 "We have agreed on closer cooperation in terms of fight against terrorism. Among the topics that we have discussed, was the coup attempt [in Turkey] on July 15. We informed May that the terrorist organization [headed by cleric Fethullah Gulen] is operating in the United Kingdom as well as across the world. We asked the United Kingdom to take all necessary measures concerning this issue," Yildirim said at the press conference.

Yildirim added that an agreement between Turkey and the United Kingdom on joint construction of fighter jets was signed and that the security services of both countries will work on increasing security measures at the airports.