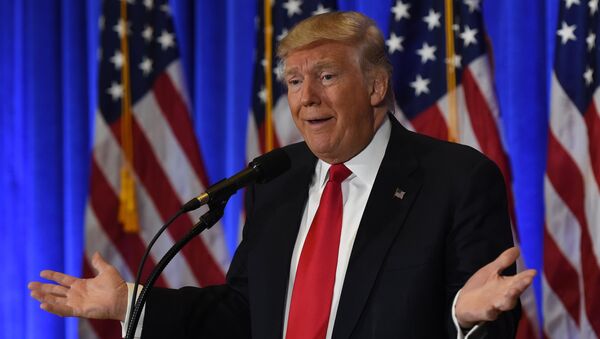 WASHINGTON (Sputnik) — This week, the Trump administration suggested imposing a 20 percent tax on exports from Mexico to pay for the security wall it plans to build along the southern border of the United States. The White House, however, added that any comprehensive tax reform has yet to be confirmed.

"First off, cost of production in the United States for many businesses would increase substantially," chairman of the study of Trade in the Americas and University of Texas at El Paso Economics Professor Thomas Fullerton told Sputnik on Friday.

The effects of the import tax would trickle down into the US economy and lead to reduced profitability, plant closures and layoffs, Fullerton stated. Also, the tax would send Mexico into a deep recession, he added.

"It would hurt the manufacturing sector of the United States because supply chains at many US manufactures are highly intertwined with Mexico," Fullerton said.

The tax would deliver its biggest hit to the automotive industry, then proceed to damage markets in consumer electronics, household appliances and furniture companies, Fullerton noted.

Trump Wants 20% Import Tax to Pay for Wall With Mexico
Fullerton added that the import tax would violate multiple provisions in the North American Free Trade Agreement (NAFTA), which could lead the entire agreement to collapse.

American University Economics Professor Robert Blecker told Sputnik the import tax has the potential to cause a major disruption between the two countrues.

"Production is very integrated between the United States and Mexico," Blecker said. "We have auto factories here that use Mexican parts. They have factories there that might use some American technology or something. Once you start disrupting that, yeah all kinds of crazy stuff can happen."

American consumers would end up paying for the cost of the import tax, Blecker stated. Prices would spike for everything from avocados, lettuce, coffee to automobiles, Blecker noted.

"[The United States] probably would produce more of those things that are taxed," Blecker said.

Mexico’s exports rely heavily on supplying the US market and the country is the United States’ third-largest trading partner, according to the US State Department. In 2013, trade between the US and Mexico reached more than $550 billion, the state department noted.