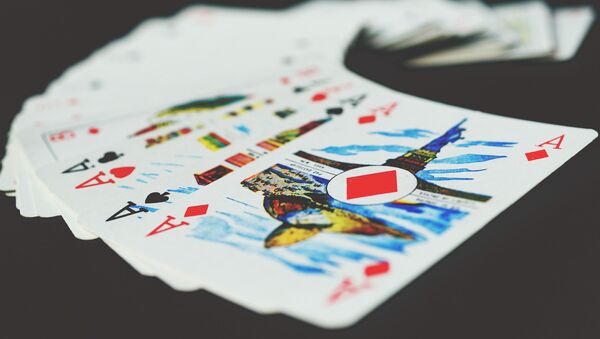 Pointing to the new, doubly significant meaning of the term 'Trump card', political observer Dmitri Kulikov suggests that the global geopolitical game being played today should be seen not as a Zbigniew Brzezinski-style 'grand chessboard', but as a Russian card game called durak ('fool') where the object of the game is not to end up as the fool.

Commenting on the new era of international political and economic relations which is coming into focus with the arrival of Donald Trump, Kulikov explained that "the greatest fraud in the history of humanity," which includes the ideology of spreading democracy at gunpoint, resolving global crises through the emission of the dollar and the creation of debt pyramids, globalization and the desovereignization of all countries on the planet, "has reached the limits of its ability to reproduce itself."

Trump Foiled Soros' Master Plan to Impose New World Order - Hedge Fund Manager
The world, according to the commentator, is fast approaching the final match of a long and drawn-out geopolitical game, where "everything is at stake."

"Part of the global and American ruling class understands this, and has started this final match, making the first move with a literal 'trump card', electing Donald Trump as the president of the United States," Kulikov noted. "Before his election, he was simply a trump card. Becoming president, he has become the literal ace of trumps." 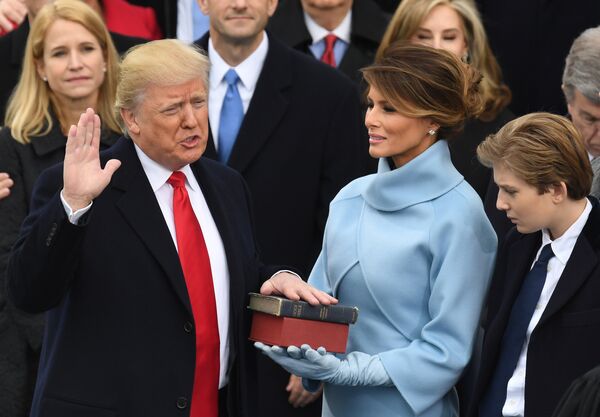 US President-elect Donald Trump is sworn in as President on January 20, 2017 at the US Capitol in Washington, DC.
© AFP 2022 / Mark RALSTON

With Trump's arrival, the political commentator noted, "part of the global ruling elite will now try to capitalize…on the big game consisting of many smaller matches that has been going on for the last 35 years."

The question now, Kulakov stressed, is who will benefit, and who will be left out in the cold as the fool.

"The main American secret to making money, which even has its own adage, goes as follows: 'You can fool all the people some of the time, and some of the people all the time, but you cannot fool all the people all the time.' The global elite fooled everyone over the course of three decades. Today, its traditional, genuinely American part believes that the time for deception has come to an end. If the global fraud isn't stopped in time, you may get beaten up or even killed, but your wealth will be taken away just the same."

CFR Gives Trump Advice, Not Realizing That the New World Order Has Passed Away
Accordingly, Kulikov suggested that Trump's strategy will now concentrate on the creation "of what can roughly be called 'eternal assets', i.e. land (territory), energy resources, science and engineering potential, the modern infrastructure…and a strong military capable of defending it all. The US needs to convert the greatest possible amount of its vast supply of virtual money into real, hard assets. This is what it means to 'Make America Great Again'" in Trump parlance. "It's necessary to capitalize as much as is possible on the results of the global fraud" perpetuated over the last several decades.

The commentator emphasized that without these physical assets, it will be very difficult or perhaps even impossible to begin a new economic cycle and to renew and revitalize a civilization in crisis.

According to Kulikov, US policy makers are likely to limit their focus on rehabilitating Western civilization locally, "that is, only in the US, and maybe Canada, provided its full desovereignization and perhaps even incorporation into the US. Hence Trump's rejection of the Trans-Pacific and Trans-Atlantic partnerships, and possibly even NAFTA."

Meanwhile, he added, "refined British minds have realized what's taking place, and pulled off the Brexit. The British want to participate in the profit-making and capitalization together with the US, not to stay at a loss together with continental Europe. The Europeans haven't yet understood this, and together with the anti-Trump elements of the global elite, are simply trying to stop time." 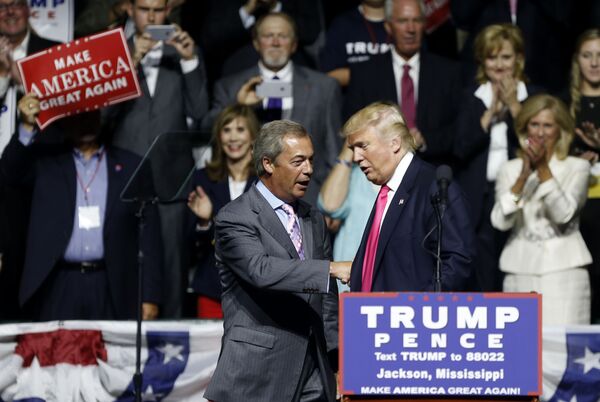 In Asia, Kulikov suggested that Tokyo has gotten a sense of the global transformation taking place, hence their move to seek an economic partnership with Russia.

As for Beijing, "they have understood [these trends] for a long time, and have long been doing in their own country what Trump plans to do in the United States. China has certainly been a beneficiary of the dying globalist system, but it never allowed itself to be absorbed by this system, and instead has extracted its profits in the form of the same 'eternal' hard assets. China now has a very good stock of these assets," the analyst noted, but they will not be the ones to pull the plug on the existing world order. 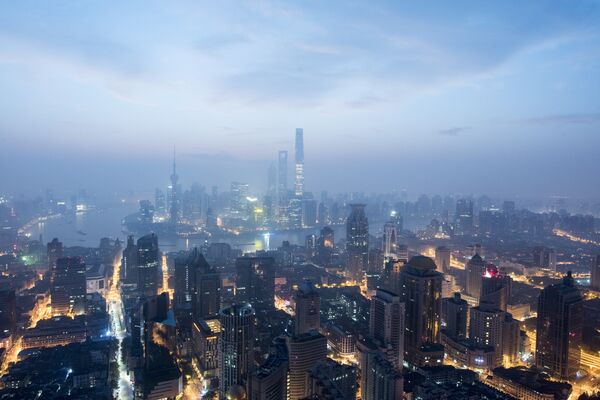 By comparison, "Western Europe is in a very poor starting point for this last round," Kulikov noted. Their elites have been "very late in understanding the reality of the historical processes which are now taking place, and everything will depend on how quickly they figure out what's going on and reorganize accordingly. The chances are small, but they exist. This requires the creation a full-fledged Western European sovereign state, consisting of considerably fewer countries than those that make up the EU today." In any case, the commentator suggested that it's very doubtful that Western Europe will be able to capitalize the hard or 'eternal' assets necessary to begin a new cycle.

Eastern Europe, the Balkans, the Baltic states "and of course Ukraine" are the main prospects for being 'left the fool' in the new world system, according to Kulikov. Their fate, he lamented, will be to get swallowed up or used by others in the new system that forms from the ashes of the old order.

Trump Slashes Environmental Rules to Build US Infrastructure
"Whether or not the traditional part of the US elite and those globalists who understand the nature of the problem succeed in pulling off this maneuver is a big question," the pundit noted. "They will definitely try – and will focus the maximum possible resources on their own rejuvenation, and the launch of a new cycle. This problem will be solved in an environment of the destabilization of the entire world order and, most importantly, the well-established tenets that define the world view of both the masses and elites."

On a positive note, Kulikov explained that "what Trump has started in dismantling the old system has given us all a chance to survive the grand cataclysm without a major war," something which 20th century global economic crises were unable to do during their own crises of overproduction. 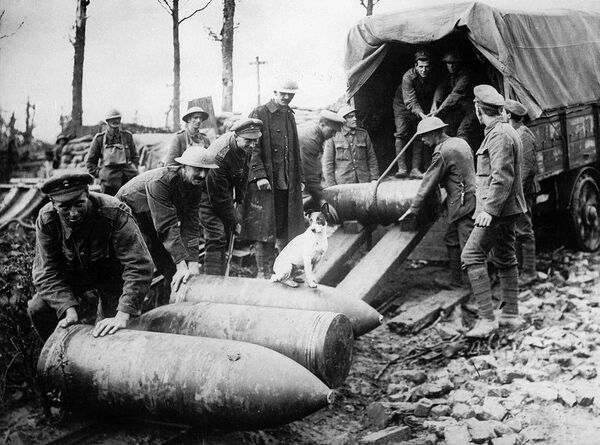 "In the context of the collapse of the world system, the survival and preservation in history of countries and peoples will become the key issue at stake," according to the observer. "An understanding of this fact is the key reason and foundation to the 'nationalism and patriotism' of Trump and his team."

What to Expect From the First Official Phone Call Between Putin and Trump
As far as Russia is concerned, Kulikov stressed that everything that applies to the world system applies to Russia as well. "Russia's chances aren't bad: the main thing is to use them correctly and competently. For now, we've doing everything right, since we have survived and even been strengthened," in spite of tremendous pressure from the US and its allies.

"Russia did not become the destroyer of the old world order," Kulikov added, "even though we said before anyone else did that such destruction would take place. We've taken the right position on Ukraine and Syria, and demonstrated that we won't allow anyone past our 'red lines'; we haven't collapsed under the weight of sanctions, even though Western powers speculated we would. We waited through to see the US begin to destroy the world order that they themselves created" under a new president. 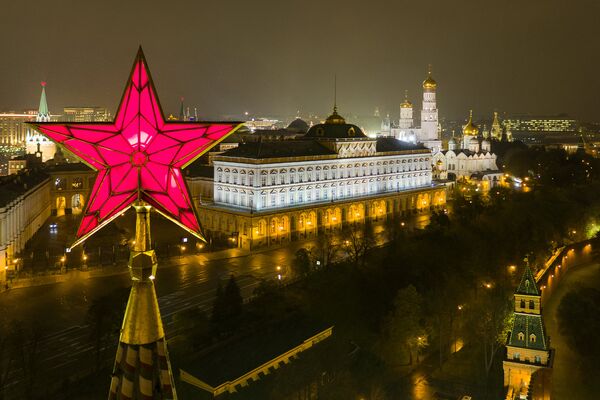 The star atop the Vodovzvodnaya Tower of the Moscow Kremlin. Right: the Grand Kremlin Palace, and the Church of St. John Climacus the Ivan the Great Bell Tower
© Sputnik / Alexey Druzginin/Anton Denisov/Russian Presidential Press Office
/
Go to the mediabank

According to the commentator, all that's left for Russia to do is to "wish [the US] success in their endeavor, and turn to our own issues." Over the next several years, Moscow too will have launch its own inwardly-focused program of revitalization; Russia's prospects for success are good, Kulikov noted, since "our incorporation into the global system that is being dismantled by Trump is not critical in any parameter."

Ultimately, Kulikov noted that "the beneficiaries of the old world will doubtlessly try to stop the process of change and reorganization, but will be unable to do so in the historical sense. They may even try to do away with Trump, which would only slow the speed of processes which are already in motion, but wouldn't stop them. The ace of trumps can only be defeated by a joker. We'll have to see whether the globalists have one up their sleeve."