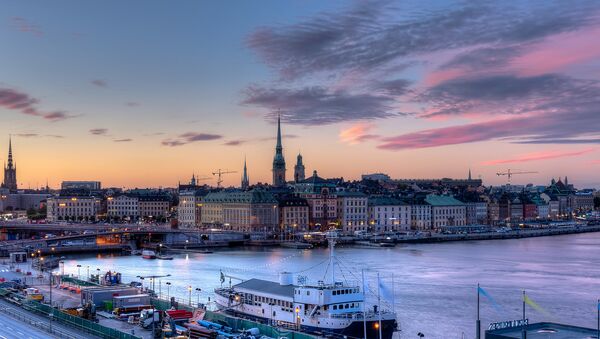 © Flickr / Magnus Johansson
Subscribe
According to reports, the government of Sweden has commissioned Stockholm County Administrative Board to help convince the European Medicines Agency to move to Sweden from the United Kingdom after Brexit.

"The County Administrative Board of Stockholm has been asked by the government to help in the effort to relocate the European Medicines Agency to Sweden. The Country Administrative Board of Stockholm will, among other things, provide information on what the EMA can be offered in terms of locations, communications, housing and proximity to medical research and schools," the press release, issued on Thursday, said.

According to the document, Gabriel Wikstrom, the country's minister for health care, urged the regional and local actors to show strong commitment to bringing the agency to Sweden and underscored the important role of the county government in this task.

Amid Britain's decision to leave the European Union, Sweden is competing with Denmark, Germany, Ireland, Italy and Spain to become the new home for the agency, which employs about 900 people.

Stockholm is already hosting another EU body, the European Centre for Disease Prevention and Control. The relocation of the EMA to Stockholm would provide multiple incentives for its already flourishing research and create business opportunities.

The United Kingdom is expected to begin the negotiations on its departure from the European Union around March.