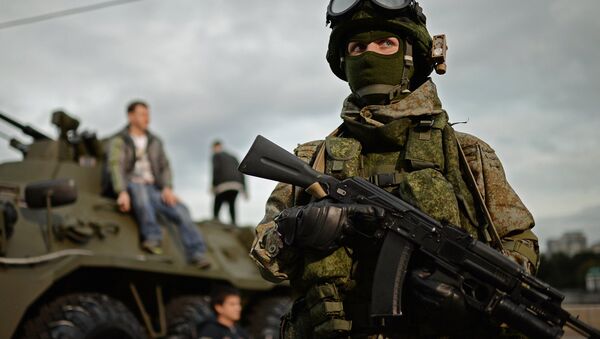 All Russian Marines Outfitted With Ratnik 'Soldier of the Future' Combat Gear
ROSTOV-ON-DON (Russia) (Sputnik) — He added that the kits would be purchased for the servicemen of the Land Force, Airborne Force and the Navy's marines.