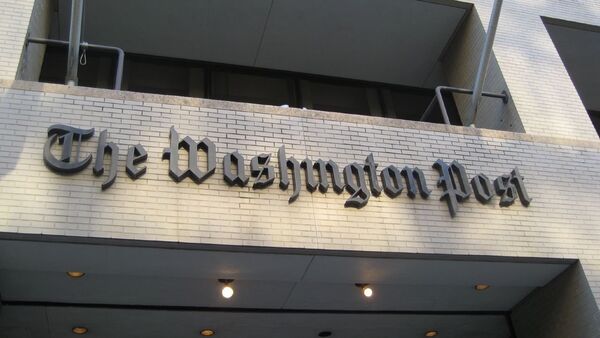 © Flickr / Bill Walsh
Subscribe
The Washington Post and The New York Times reported Wednesday that President Trump is set to sign an executive order lifting a ban on the CIA’s use of black sites. “I have no idea where it came from. It is not a White House document,” White House Press Secretary Sean Spicer said in a daily briefing.

Black sites are intended as locations for the US government to carry out secretive projects or operations outside of US borders. WaPo published a draft of an executive order that, according to the White House, is not official. The Post headline ran, "WHITE HOUSE DRAFT ORDER CALLS FOR REVIEW ON USE OF CIA ‘BLACK SITE’ PRISONS OVERSEAS." 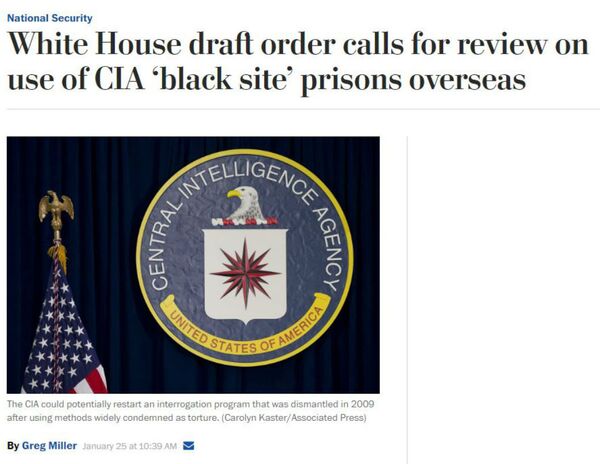 The headline in The New York Times was more far-reaching and circumstantial: "TRUMP POISED TO LIFT BAN ON C.I.A. ‘BLACK SITE’ PRISONS." 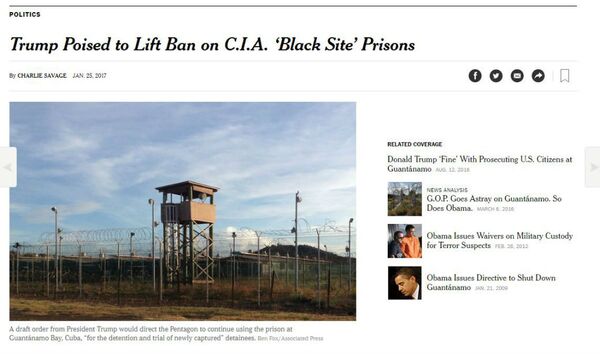 "I’m having a hard time..you’re asking me if a document that’s not a White House document was seen [by the President]," Spicer said. "To the best of my knowledge [Trump] has not seen it."

"I’m not going to answer a hypothetical question about a document that’s floating around," Spicer said in response to whether Trump was considering reopening black sites, despite that the document cited by WaPo is not from the White House, according to Spicer.

The Guantanamo Bay Naval Base, ‘Gitmo,’ is the most well-known US foreign-detention center, but the CIA has operated numerous others. There are known black sites in Afghanistan, Lithuania, Romania, Poland, Thailand, Italy, and Morocco, according to a heavily-redacted "torture report" from the US Senate Select Committee on Intelligence.

On the campaign trail in New Hampshire, Trump said. "I would bring back waterboarding. And I would make it a hell of a lot worse than waterboarding." While establishment Republicans have prayed for Trump to tame his rethoric out of respect for the honor of the office he now occupies, a person close to the Trump administration told Axios Wednesday, "There will not be a shred of difference between campaign rhetoric and how [Trump] plans on governing."