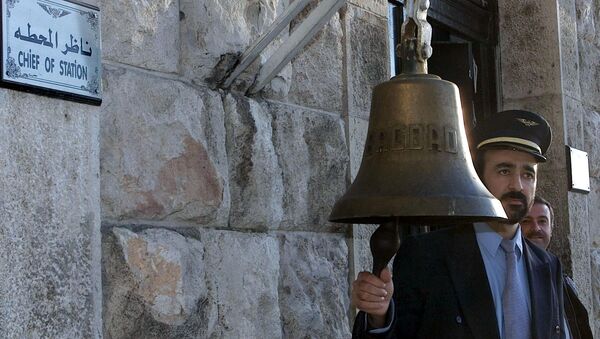 The first train traveled through the restored route in Aleppo on Wednesday, 4.5 years after the railway service in the city had been disrupted, local media reported Wednesday.

Aleppo in Ruins: Destroyed Monuments of Ravaged City
BEIRUT (Sputnik) — According to the Syrian Arab New Agency (SANA), the train went from the Jibrin to the Baghdad station.