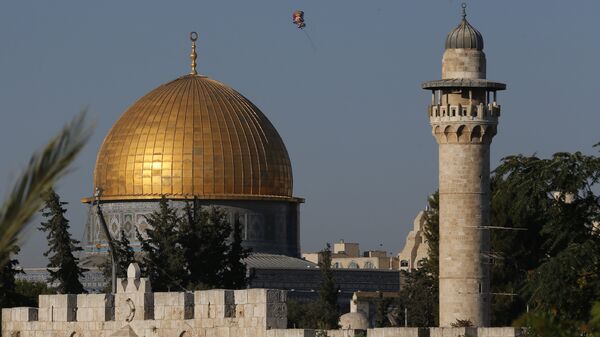 MOSCOW (Sputnik) – In September 2016, Trump told Israeli Prime Minister Benjamin Netanyahu that under his administration, the United States would recognize Jerusalem as the undivided capital of Israel and move the US embassy from Tel Aviv to Jerusalem.

"We want the new US administration to demonstrate sufficient rationality and reject the idea [of the embassy’s relocation]. Otherwise, the problems, threatening with disastrous consequences, will emerge," Nofal said, adding that the transfer may "open the gates of Hell" and will result in a "holy war."

US Embassy Transfer to Jerusalem May Trigger Violence in Mideast – Fatah
On January 19, Israeli ambassador to Russia Gary Koren told Sputnik that Israel would be pleased if the new US administration relocated the US embassy in the country to Jerusalem.

Palestinian political factions hope that Russia will continue its active participation in the process of resolving the Israeli-Palestinian conflict, Abdel Hafiz Nofal said.

"Palestinian factions want Russia to play significant role in the further stages of Israeli-Palestinian settlement, given the fact that Moscow has long had good relations both with Palestinian factions and Israel," Nofal said, commenting on the results of the consultations between the representatives of the Palestinian political movements in the Russian capital.