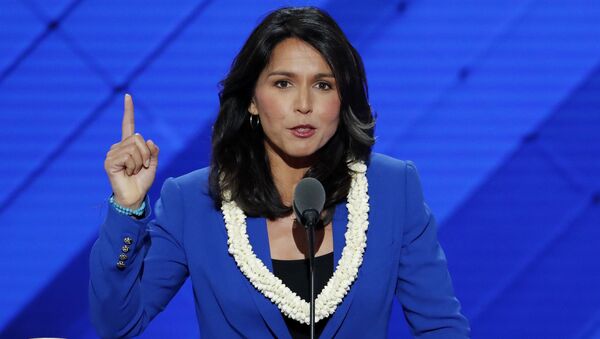 Syrian Armed Opposition Insists on Peace Settlement Via Assad's Resignation
WASHINGTON (Sputnik) — US Congresswoman Tulsi Gabbard said in an interview that she met with Syrian President Bashar Assad during her visit to Syria in January.

"Initially, I hadn't planned on meeting him. When the opportunity arose to meet with him, I did so because I felt it's important that if we professed to truly care about the Syrian people, about their suffering, then we've got to be able to meet with anyone that we need to if there's a possibility that we could achieve peace," Gabbard told CNN on Wednesday.

Gabbard added that she spoke with Assad about the possibility of achieving a lasting peace in Syria.

The Syrian government and opposition groups were brought together for the first time since the beginning of the civil war in 2011 on January 23-24. The intra-Syrian talks, brokered by Moscow, Ankara and Tehran, were held in the Kazakh capital of Astana.

A nationwide ceasefire between Syrian government troops and several opposition factions came into effect at on December 30. Russia, Turkey and Iran serve as guarantors of the deal which paves the way for negotiations between the warring parties.