US Intelligence Finds No Evidence of Trump's Administration Ties to Russia 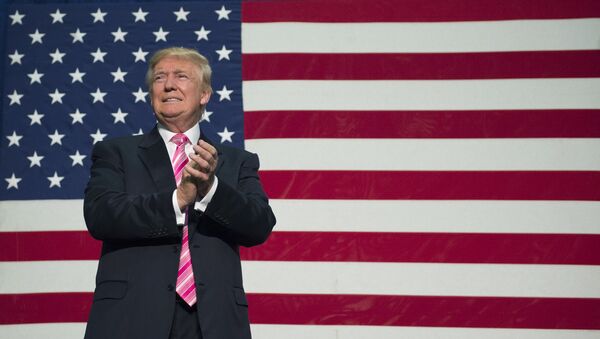 The US intelligence investigation into alleged ties of US President Donald Trump's administration to Russia has not found evidence of any wrongdoing so far, local media reported.

WASHINGTON (Sputnik) — The investigators have been trying to determine, whether Trump's team was coordinating with Russians leading up to and after the election, the CBS broadcaster reported Monday.

Earlier on Monday, The Wall Street Journal newspaper reported that the US counterintelligence was investigating the nature of the contacts between Trump's national security adviser Gen. Michael Flynn and Russian officials. The inquiry reportedly focused on December 29, 2016 phone conversation between Flynn and Russian Ambassador to the United States Sergey Kislyak.

US Secretary of State Rex Tillerson is among Trump's team members suspected of ties to Russia as well.

Trump's victory in the US presidential election in 2016, despite all negative forecasts, surprised the US establishment. The media and intelligence accused Russia of interfering into the election with an aim to aid Trump to become the US president, since he promised to review the US-Russian relations. Russian officials, in turn, denied all allegations calling them absurd.