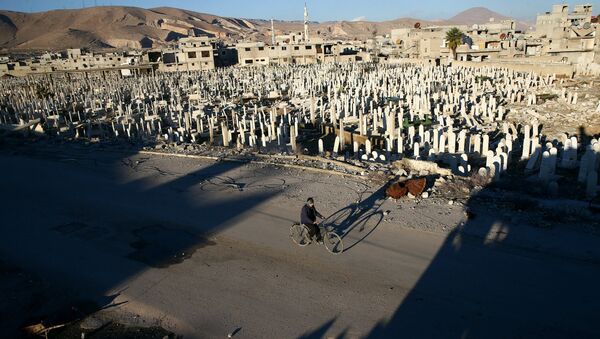 Russia, Turkey and Iran have agreed on the establishment of a trilateral mechanism to monitor the ceasefire in Syria, the Anadolu news agency reported Tuesday citing a diplomatic source. Later, a source confirmed the report in a comment for Sputnik.

Syrian Rebels May Unite to Counter Former al-Nusra Front Jointly if It Attacks
ANKARA (Sputnik) – An international meeting on the Syrian settlement began in the capital of Kazakhstan on January 23 with the participation of a number of delegations, including the opposition, Damascus, Russia, Iran and Turkey.

A Turkish source confirmed later to Sputnik that Moscow, Ankara and Tehran are discussing a trilateral mechanism to monitor the ceasefire in Syria.

"The abidance by the ceasefire in Syria is one of the key issues in the negotiations. Turkey, Russia and Iran are discussing the issue of forming a trilateral mechanism to monitor the Syrian truce. It is expected that representatives of the three countries will hold regular meetings to monitor the ceasefire," the source said.

He also pointed out that Turkey and Russia are in close cooperation on the Syrian settlement. Speaking about the joint struggle against Daesh and former al-Nusra Front terrorist groups, the source said: "The parties came to an agreement on this issue."