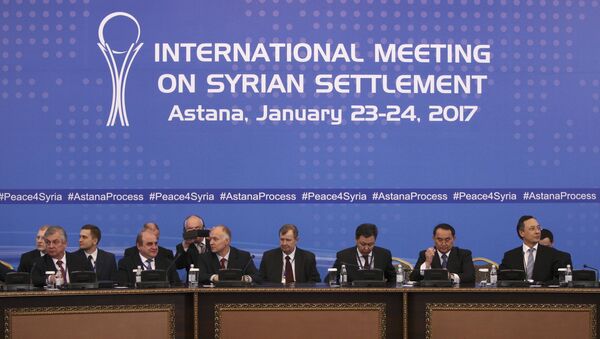 "The communique would be just issued by the parties, the Russian Federation, Turkey and possibly Iran because of the fact that it was on the Moscow meeting… It is not meant to be signed by the parties [the Syrian government and opposition]," Aridi told reporters.

"I don't believe that the communique will be so strong that it can be taken to the UN," he added.