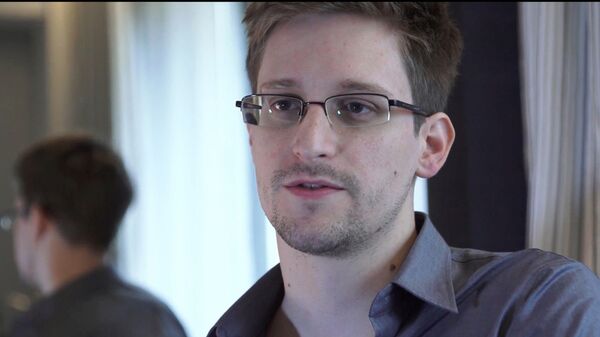 Lawyers for Edward Snowden have once again pushed for the whistleblower to be granted legal protection in the EU, saying that member states should "pay back" the American for uncovering the widespread surveillance practices of the US government.

"It's against all European standards, what he's expecting in the US," Kaleck said.

​Kaleck pointed out that the US investigation into Snowden's leaking of highly classified information could see him sentenced separately for all data leaked, potentially jailing him for up to 1,000 years.

"We think the European Union member states have the obligation to support him."

#Snowden's lawyers are hoping his exile could end with #EU asylum, though in meantime, he made 50 "public" appearances last yr via internet

​While Snowden hasn't applied for asylum in the EU, his legal team have made numerous efforts in recent years to convince European countries to grant the whistleblower legal protection, arguing that his decision to leak information exposing US surveillance practices was in the public interest.

At present, no EU states have said they will give Snowden immunity from potential extradition to the US, where he has been charged with stealing and sharing secret intelligence information. 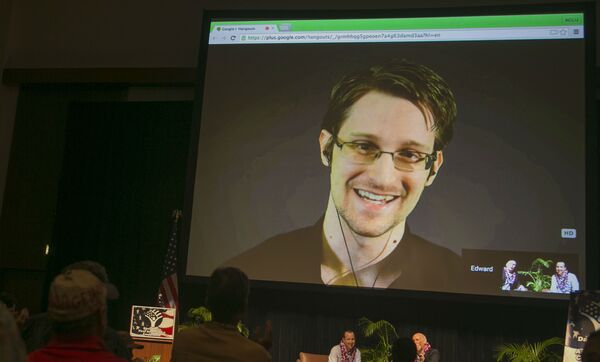 Edward Snowden has warned Australians that they are being "watched all the time" under controversial metadata retention laws.
© AP Photo / Marco Garcia

Despite no breakthrough at a national government level, former US President Barack Obama's decision to commute the sentence of US Army whistleblower Chelsea Manning has reignited the debate over Snowden's fate, with numerous European attempts to provide him with legal protection taking place in recent years.

In 2015 the European Parliament passed a non-binding resolution calling on EU countries "to drop any criminal charges against Edward Snowden, grant him protection and consequently prevent extradition or rendition by third parties, in recognition of his status as whistle-blower and international human rights defender."

​The promising development was also backed up by separate campaigns to grant Snowden legal protection in Sweden and Norway, however these efforts were ultimately unsuccessful.

There was also hope that Snowden could possibly move to non-EU Iceland, with the country's Pirate Party pledging to grant the whistleblower asylum if they formed government.

​The party came third with 14.5 percent of the vote during elections last year and failed to form a coalition with other parties.

The issue of Snowden's legal protection is also a matter of debate in Germany at the moment, with the country's constitutional court currently reviewing an appeal that could see the American given legal access to testify at a Bundestag surveillance committee hearing in Berlin.

Snowden has been living in exile in Russia since 2013, with the Russian government recently extending his right to stay in the country until 2020.