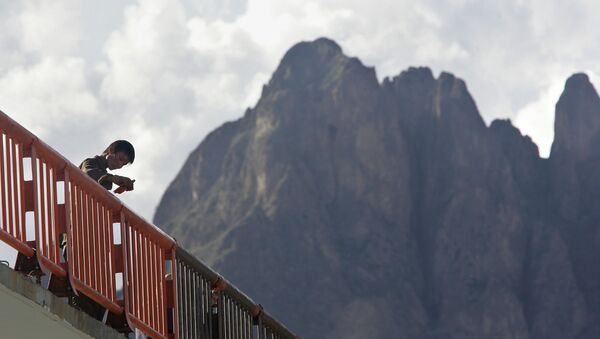 Never one to shy away from a world record, no matter how meaningless, China is already bragging about constructing the world's highest ring road around the Tibet capital of Lhasa.

The road, with a total length of nearly 100 kilometers, will feature two-way six lanes, seven tunnels and 27 bridges.

Lhasa has an average elevation of more than 3,600 meters; thus, the ring road is designed with a speed limit of 60 km/h. It will take less than two hours to circle the city.

The road is expected to be completed and open to traffic by June 2017.