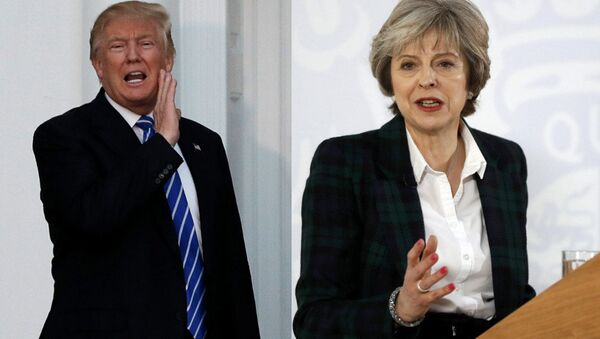 British Prime Minister Theresa May has told NATO Secretary General Jens Stoltenberg that she will raise the issue of the transatlantic military alliance with US President Donald Trump, January 27, following Trump's complaint that Europe is not paying its way on defense.

May will be the first European leader to meet Trump, following his remarks that Europe is not pulling its weight within the alliance and questioned why the US pays so much into an organization he described in March 2016 as "obsolete." He told reporters during his presidential election campaign that he rejected the idea that the US should be "the world's policeman." 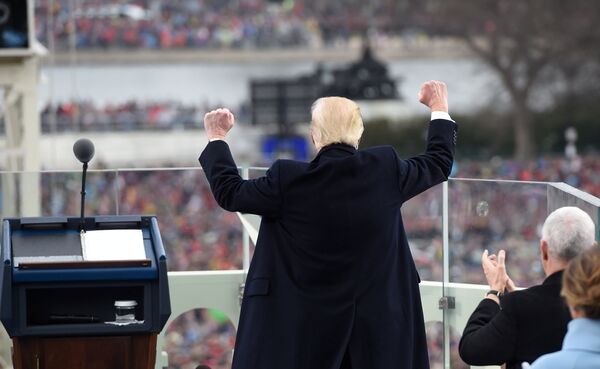 US President Donald Trump celebrates after his speech during the Presidential Inauguration at the US Capitol in Washington, D.C., US, January 20, 2017.
© REUTERS / Saul Loeb

The issue of European contributions towards NATO comes at a time of increased tensions over defense spending in Europe where Germany has become the latest country to announce its defense spending falls short of the two percent on GDP called for at the NATO summit in Wales, UK, November 2014.

PM spoke with US President-elect @realDonaldTrump earlier this afternoon to congratulate him on his election victory https://t.co/0nrQpmVQyv

A Downing Street spokesperson said May and Stoltenberg had discussed the military alliance ahead of her meeting with Trump.

"They discussed the continued importance of the Alliance as the bulwark of our defense, and agreed on the need for the Alliance to continue to evolve to be able to effectively counter the biggest threats of the day, in particular terrorism and cyberattacks.

"The Prime Minister said she would be taking these messages to Washington later this week where she is expected to discuss NATO with President Trump," her spokesman said.

Germany's defense minister Ursula von der Leyen, January 23, announced that it is planning to spend US$40 billion on defense in 2017, an increase of US$2 billion, but still short of the two percent of GDP target, at only 1.2 percent.

Congratulations on your presidential inauguration @RealDonaldTrump. I look forward to working closely with you to reinforce #NATO.

NATO has increased its presence in the Baltics and Eastern Europe in recent months as tensions between Europe and Russia continue. However, divisions have grown within the EU over defense issues, with calls from Brussels for an EU defense and security force, which is not backed by Britain, which sees NATO as the principal military force within Europe. 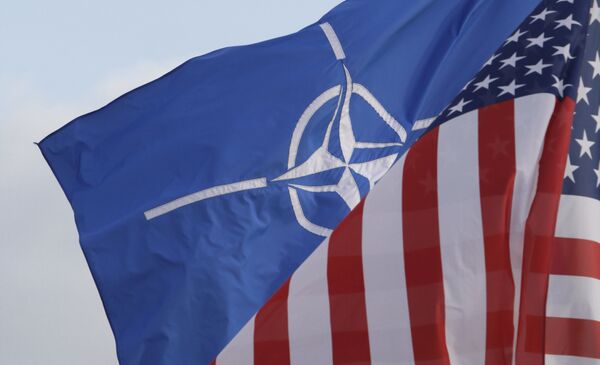 NATO and US flags wave in the wind outside NATO headquarters in Brussels. (File)
© AP Photo / Virginia Mayo

EU foreign ministers announced, November 2016, the establishment of a rapid reaction force that will involve EU Battlegroups, "air security operations" and "maritime security or surveillance operations" with its own headquarters, working alongside NATO.

Soon after, the Commission announced the creation of a new "European Defense Fund" which would "support Member States' more efficient spending in joint defense capabilities," including research into "innovative defense technologies such as electronics, metamaterials, encrypted software or robotics" and the procurement of new assets, such as drone technology and jointly-bought helicopters to reduce costs.