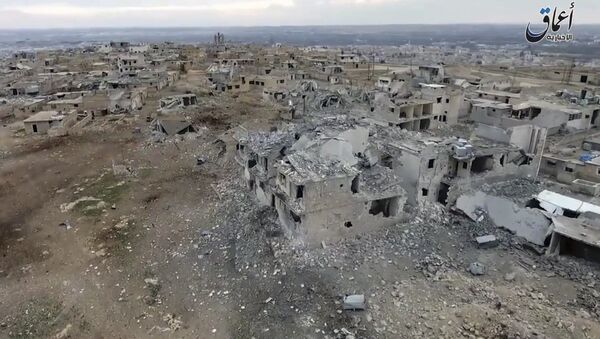 Russia has received coordinates of Daesh targets in Al-Bab, Aleppo Province, from the US via the 'direct line,' the Russian Defense Minsitry said Monday.

The United States has provided coordinates of the terrorists' targets in the city of Al-Bab in Aleppo province for Russian airstrikes. After the reconaissance check, Russia and two coalition jets have conducted joint airstrikes on the Daesh targets in the region.

"On January 22, the Russian command center at the Hmeymim airbase has received coordinates of Daesh targets in Al-Bab, Aleppo province, via the 'direct line' from the US-led coalition headquarters. After further data verification with the assistance of unmanned aircraft and space reconaissance, the Russian Aerospace Forces and two jets of the international coalition have conducted airstrikes on the terrorists' targets," the statement said.

Earlier, Russian and Turkish combat planes have carried out a new series of joint airstrikes against Daesh targets in war-torn Syria, the Russian Defense Ministry said on Monday.

"The Russian and Turkish planes carried out joint airstrikes against Islamic State terrorists in the outskirts of the town of al-Bab in Aleppo province on January 21," the ministry said in a statement.