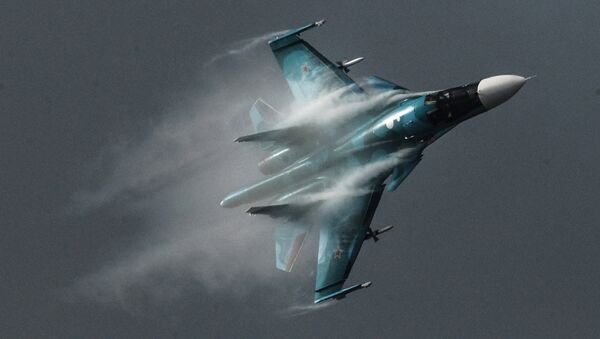 Russian and Turkish warplanes conducted a joint operation against Daesh in Al-Bab in Syria's Aleppo province on January 21, the Russian Defense Ministry said on Monday.

"On January 21, the Russian Aerospace Forces and the Turkish Air Force conducted a new joint operation striking Daesh group near Al-Bab in the province of Aleppo," the ministry said.

A total of 22 Daesh targets have been struck. A day later, Russia received Daesh's coordinates in the area from the United States and struck them jointly with the US-led coalition aircraft, the ministry said.

This was the second joint operation by Russian and Turkish aviation in Syria. On Wednesday, the first joint airstrikes have been launched against Daesh in Al-Bab.

Joint Russian-Turkish Anti-Daesh Airstrikes Prove Rapprochement on Syria
Turkey is currently conducting an operation in Syria dubbed Euphrates Shield. On August 24, Turkish forces, supported by Free Syrian Army rebels and US-led coalition aircraft, began a military operation dubbed the Euphrates Shield to clear the Syrian border town of Jarabulus and the surrounding area from Daesh terrorist group. As Jarabulus was retaken, the joint forces of Ankara, the coalition and Syrian rebels continued the operation to gain control over Al-Bab in the Aleppo province.