US Commissioner Pai to Serve as Next Federal Communications Commission Chair 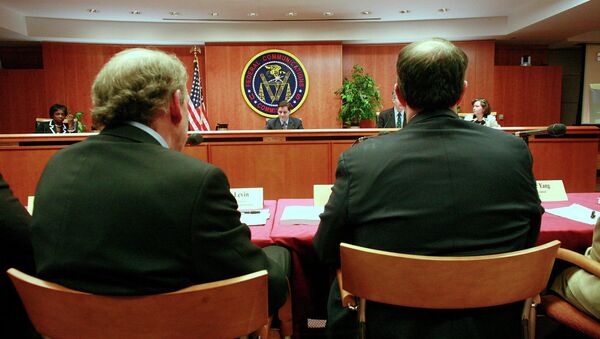 Donald Trump has designated Republican Commissioner Ajit Pai to serve as the next chairman of FCC.

WASHINGTON (Sputnik) — US President Donald Trump has designated Republican Commissioner Ajit Pai to serve as the next chairman of the US Federal Communications Commission (FCC).

"This afternoon, I was informed that…Donald Trump designated me the 34th Chairman of the FCC. It is a deeply humbling honor," Pai announced in a Twitter message on Monday.

Pai, who has previously served at the US Department of Justice and the FCC, should get confirmation from the US Senate.

Under the Trump administration, the FCC is expected to roll back telecommunications and internet policies introduced by US President Barack Obama, according to media reports.

At present, Tom Wheeler serves as the 31st Chairman of the FCC.