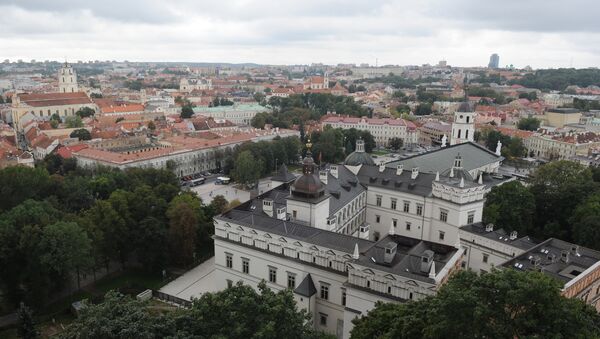 Back in 2014, a Lithuanian children's trip to a Russian holiday camp made headlines in Lithuanian media. Local authorities stated that their holidays in Russia almost equaled "national treason" and "could have a certain impact on Lithuania."

However, recently it became known that Lithuanian prosecutors have found no evidence for such accusations.

After more than two years of investigation, Prosecutor General's Office concluded that the evidence confirming the initial suspicions that the holidays of the Lithuanian schoolchildren in a Russian summer camp could have somehow affected the situation in the country "have not been found."

Vilnius District Prosecutor's Office decided to stop the pre-trial investigation. However, there is still a possibility to appeal this decision.

Fence on Border With Russia to Ensure Economic Security – Lithuania PM
The scandal broke in early October 2014, when Lithuanian media reported that a group of ten students from the Russian-language school named after Sofia Kovalevskaya in Vilnius took part in the annual gathering of military sports organizations and cadet schools in Russia, which is financed by the Russian Ministry of Defense.

This information caused indignation among the Lithuanian authorities, who viewed the children's vacation in Russia as Moscow's attempt to interfere in Lithuanian affairs.

Then-spokesman for the Russian Foreign Ministry Alexander Lukashevich said at that time that Moscow considers the behavior of Lithuanian authorities a "witch hunt" in the spirit of the Cold War.