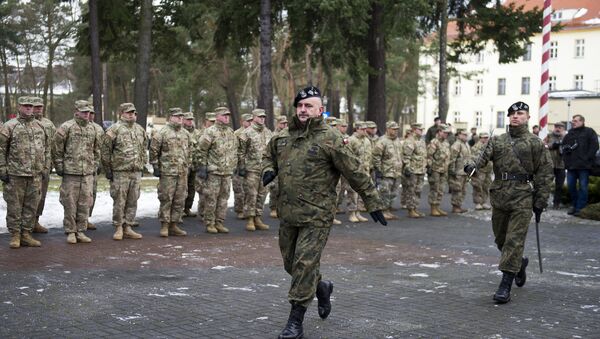 Earlier this month, when the US sent a fully armed and equipped brigade of troops into Poland, Defense Minister Antoni Macierewicz euphorically declared that the European order established at Yalta after WWII was over. Unfortunately, according to independent Norwegian journalist Pal Steigan, the move also threatens to fuel Polish revanchism.

Last week, thousands of US troops crossed into Poland from Germany as part of Operation Atlantic Resolve, the largest deployment of US forces to Europe since the end of the Cold War. Equipped with tanks, trucks, infantry fighting vehicles, mobile artillery and Humvees, the troops are part of an estimated 7,000 US and NATO troops expected to be stationed in the Eastern European country, in a decision that was agreed to at the NATO summit in Warsaw last July.

Unfortunately, according to independent political writer Pal Steigan, "while it's possible that US military leaders and politicians may see this as a victory, for Poland's neighbors its bad news."

NATO's Buildup Close to Russia 'is Not About Protecting' European Borders
Poland, the analyst explained, is a country with a complicated and difficult history, a kind of "country on wheels that has been pushed hither and thither in the struggle between the great powers" in centuries past. A great European power in its own right at some points in its history, the country was wiped off the map at others.

In the 20th century, after the Yalta Conference and the end of the Second World War, Poland was effectively pushed west by the Soviet Union, with its eastern borderlands, or 'Kresy' absorbed into the Ukrainian, Belarusian and Lithuanian Soviet republics. In exchange, Warsaw received formerly German territories in the West as compensation. 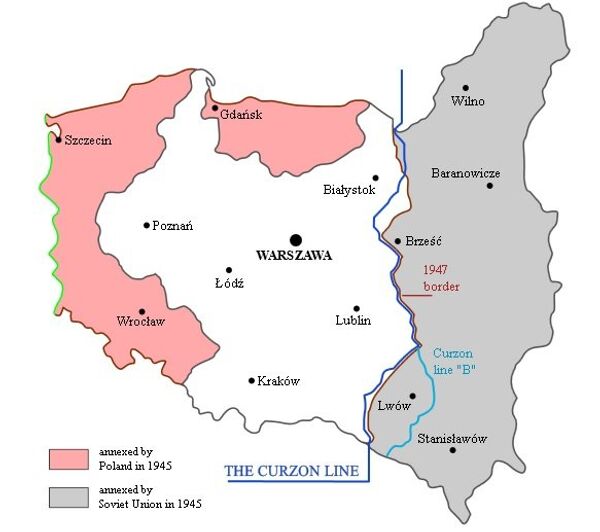 Steigan noted that as a consequence of this tumultuous history, Poland today is home to "strong revanchist forces, and although their rhetoric and hateful language is directed toward Russia, it's not Russia, but neighboring countries that would have problems if Poland seriously begin to revise Yalta."

Poland as 'Bargaining Chip' in Row Between US, Russia?
"Polish nationalists – both those in the government and from the ultra-right, dream of a Greater Poland stretching from the Baltic to the Black Sea. And in the background is the Polish-Lithuanian Commonwealth."

Meanwhile, Steigan added that while "it's true that the Soviet Union annexed parts of eastern Poland" what "Polish politicians seem to forget is that Polish also simultaneously annexed parts of eastern Germany. Today, there is no Soviet Union any longer, so if Poland wants to regain the eastern lands it had before Yalta, this will happen at the expense of Lithuania, Belarus, Ukraine, the Czech Republic and Slovakia."

The revanchists' logic is also flawed, the journalist noted, because while a Polish revanchist "might believe that Lviv in Ukraine should be Polish," because it was in the past, "a German revanchist can argue that the city had its heyday when it was [Austrian], and called Lemberg." 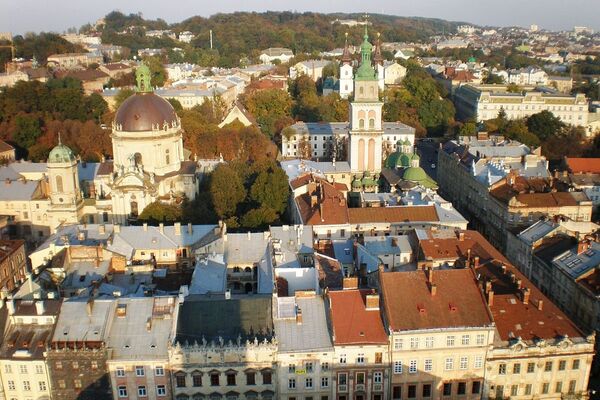 "And if Yalta is ripped up, why not do the same with Versailles?" Steigan asked. After all, "Hungary and Turkey have the same 'right' – or no right at all – to demand the return of vast territories."

Yalta, the political writer stressed, "was a compromise among the great powers, and of course this meant that numerous national factors were swept aside. Among other things, this led to the mass ethnic cleansing of the German minority in Eastern Europe. But Yalta was a compromise following a war that had taken the lives of over 50 million people. If this historical record is to be 'rewound', the price could be more than double next time." 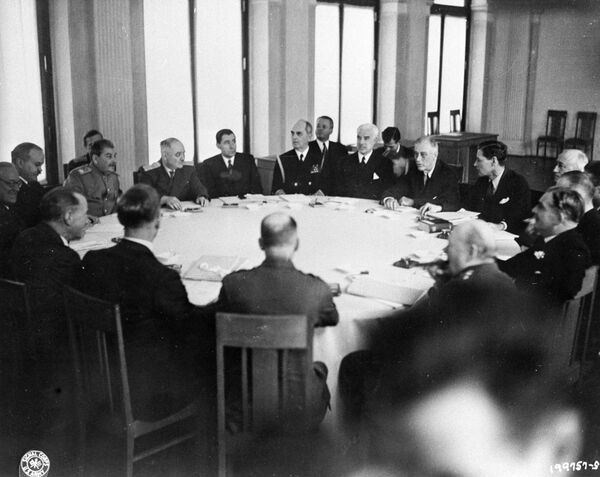 A meeting during the Yalta Conference, also known as the Crimea Conference, held from February 4 through February 11, 1945. Image reproduced from a photograph.
© Sputnik / A, Sverdlov
/
Go to the photo bank

"Today, the United States and the West have already swept Yalta and Versailles aside. The collapse of the Soviet Union and the end of the Warsaw Pact meant the death of Yalta and the beginning of the epoch of Western conquest of former Soviet allies. The wars which ripped apart Yugoslavia, meanwhile, meant that Versailles too had come to an end."

Ultimately, Steigan lamented, "the two world wars were disasters that cost many tens of millions of lives and led to horrific destruction, but today leading politicians have once against tasted blood. Washington's aggressive advance toward Russia's borders, and the US-backed coup in Ukraine greatly contributed to this." Unfortunately, the journalist noted that much of the public, including Norwegians, don't seem to recognize what is happening, or the danger that Europe has once again found itself in.