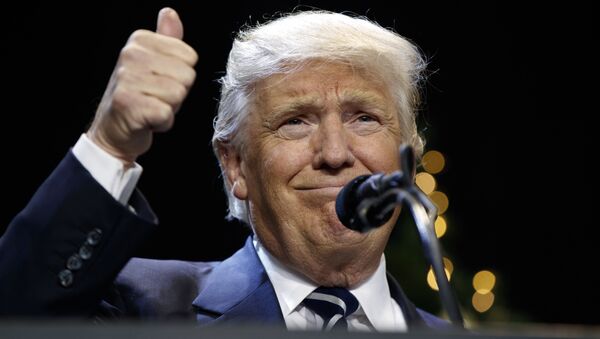 MOSCOW (Sputnik) — In his inauguration speech on Friday, Trump reaffirmed his goal to protect US borders, pledged to rebuild the United States and to purchase American goods and employ American citizens.

"We are transferring power from Washington, DC, and giving it back to you, the people," Trump stated.

Pushkov has described the deliverance as a speech of a new time.

"Bright politician – powerful speech. A politician of a new type – a speech of a new time," Pushkov wrote on Twitter, wishing luck to Trump and warning that there will be those who will try to stand in his way.

Washington, DC Authorities Arrest 217 Anti-Trump Protesters
Earlier in the day, Trump was sworn in as the 45th president of the United States.

US President Donald Trump said that he is going to focus on bringing back jobs to the United States and developing the country’s education system as soon as he enters office.

Trump also vowed in his inauguration speech on Friday to wipe out radical Islamic terrorism.