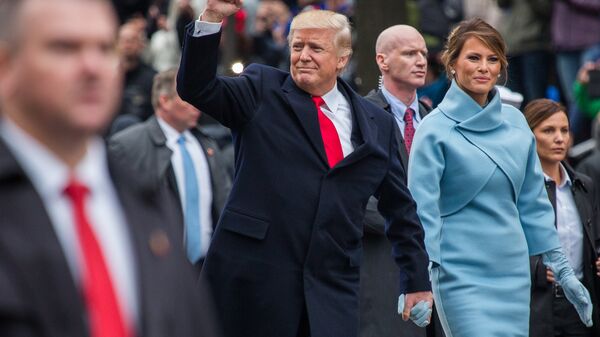 © Sputnik / Alexei Agaryshev
/
Go to the mediabank
Subscribe
International
India
Africa
With the inauguration of Donald Trump already behind us, prominent Russian experts offer their thoughts about possible changes in US domestic and foreign policy under the new President.
During a round table discussion at the International Information Agency Rossiya Segodnya, the leading experts from the Moscow-based Russian International Affairs Council, a think tank, focused on how US domestic and foreign policy could change under President Donald Trump.

World
'Ups and Downs': What the Obama Presidency Did to US-Turkey Relations

Expert on Russian-US relations Dmitry Trenin likened Trump's election campaign last year to a revolution, which Trenin said prompted many to see that the American political class was at times less confident than previously thought.

"The very idea that the hacking attacks, which in fact occur constantly, could affect the vote and undermine democracy, the most sacred thing in the United States, is a revolutionary thought by nature. It indicates a lack of confidence among those who speak about these things and their distrust of American voters," Trenin said.

In his opinion, the changes which took place during the 2016 US presidential elections will continue to affect the situation in the country. This is an alarming aspect because the United States' clout in the modern world is so significant that instability in America may seriously affect global security, according to Trenin. 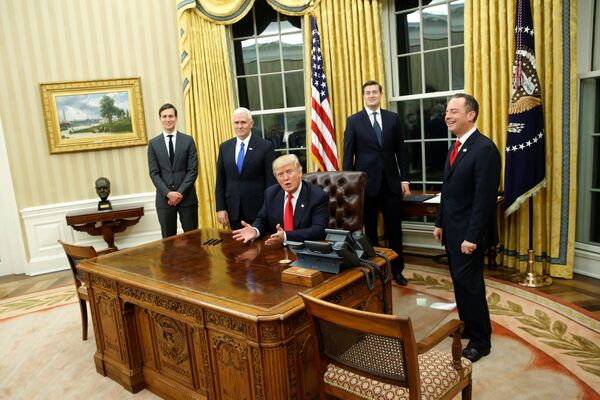 He remained downbeat about the possibility of Trump facing impeachment, a scenario that Trenin said would exacerbate the political crisis in the US.

Alexey Arbatov of the Moscow-based Institute of World Economy and International Relations, said that for Russian authorities, it would be both easy and difficult to interact with the Trump Administration. There won't be problems as long as Russian and US interests do not conflict with each other, but issues related to US national interests may prompt problems in bilateral relations, according to Arbatov.

In this vein, he pointed to the situation with the disarmament process where he said Russia can win. Arbatov described a recent statement by Trump about the possibility of linking the abolition of the anti-Russian sanctions to nuclear disarmament as "an impromptu move" and "a flight of fantasy."

Arbatov said that it "very clearly illustrates the level of competence of the new US Administration on a number of international issues.

"In reality, the future of disarmament first of all depends on Russia. If we closely look at those in Trump's team, we will see that no one there has any idea about the matter. It means that there will be some period of time when Russia could potentially take the initiative in its hands," he pointed out.

So Russia, he went on to say, will be able to put forward a package of realistic proposals on disarmament-related issues, which have recently been a bone of contention, something that will in turn have a significant impact on the agenda of future  Russian-American dialogue.

Dmitry Trenin, for his part, drew attention to the fact that under Trump, the US government will drastically differ from administrations that have been in place in the past two decades. Trenin described those in Trump's team as "people of action."

"They are people who, like Donald Trump himself, got used to having it their own way as a result of transactions made, as a rule, from a position of strength. These are serious people who always seek to achieve their goals without trying to reach a consensus," Trenin said.

Trump's Stance on Russia Means 'NATO Should Change Its Attitude'
He called the new US Administration "an interesting team" which will include people who stick to "a simple concept of interests" rather than concerning themselves with values and ideologies.

Hypothetically, a whole array of mutually advantageous deals could be clinched between Trump's government and major international players, especially Russia, according to Alexey Arbatov.

For example, he said, to stop a protracted and futile dispute about Russia's alleged participation in the events in eastern Ukraine's Donbass region, the US may offer to deploy international observers near the Russian border adjacent to the Donetsk and Lugansk regions, a move that Arbatov said may finally lead to the lifting of anti-Russian sanctions.

On Syria, the Trump Administration may propose that Russia continue to fight terrorism, albeit under the command of the Western coalition. If Moscow refuses, Washington's reaction could be much tougher than under the Obama Administration, according to Arbatov.

Even though Trump earlier slammed NATO as an "obsolete organization", the destruction of the alliance will most likely never take place, Buzhinsky said.

"A businessman and a man who can watch his money, Trump certainly dislikes the current situation, where about 70 percent of NATO's budget is paid by the US. Americans will continue to preserve their leadership in NATO, but will force allies to pay more for the maintenance and development of this organization," Buzhinsky added.

If we proceed from the assumption that the Trump Administration will take a more pragmatic approach in its foreign policy than the previous team, including with regard to Russia, it may affect the policies pursued by a number of European countries, according to Buzhinsky.

"In any case, the leaders of Eastern Europe will have to restrain their usual anti-Russian hysteria," he said.

Trump's Eleven: President-Elect Decides Who Can Help Make America Great Again
Dmitry Trenin, for his part, suggested that any redistribution of zones of influence in Europe between Russia and the United States is unlikely.

"Neither Kiev nor the Eastern European governments should worry about it because Russia is satisfied with the situation, where Ukraine is keeping afloat thanks to the West's financial injections,"  Trenin said.