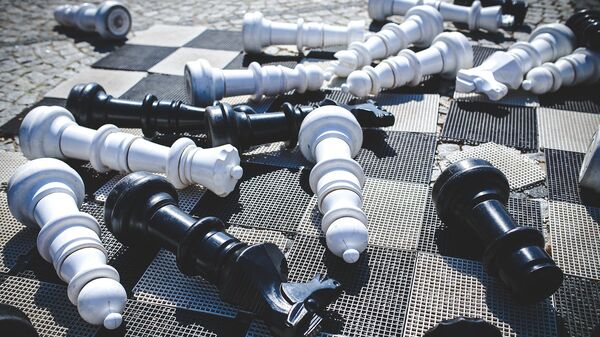 Ilya Tsukanov
All materialsWrite to the author
Last week, Council on Foreign Relations President Richard Haass penned an op-ed in the Wall Street Journal urging Donald Trump not to "make any sudden moves." Haas is right, conservative pundit Pat Buchanan noted, in arguing against rash action. But what CFR shadow government types still don't seem to realize is that their New World Order has died.

In an op-ed addressed directly to the new President, Haass emphasized that ripping up the Iran deal, moving the US Embassy in Israel to Jerusalem, or shooting down a North Korean missile during a test would only "make things worse," with no action being better than the wrong action.

Commenting on Haass' advice in his column for The American Conservative, veteran political commentator Pat Buchanan noted that "in arguing against rash action, Haass is correct. Where the CFR and the establishment are wrong, and Donald Trump is right, however, is in recognizing the new world we have entered."

World
A New America? How US Policy Could Change Under Donald Trump
"The old order," dating back to the Cold War and the twilight of the post-Cold War world, "is passing away," Buchanan stressed, its institutions, treaties and alliances "ceasing to be relevant" and incapable of being sustained any longer. Instead, he suggested, economic patriotism and nationalism opposed to globalism, ideas that are "personified by Trump, see everywhere ascendant."

In fact, the pundit argued, "the greatest danger for President Trump is that the movement he led will be abandoned, its hopes dashed," and that "the agenda that Trump rejected and routed will be reimposed by a Republican Establishment and its collaborators in politics and the press."

According to Buchanan, Trump had "read the nation right" when he realized that the greatest threats to Western civilization come not from Russia, as during the Cold War, but from the Global South – from unchecked immigration and the threat of radical Islamist terrorism.

"America's bleeding border is what concerns Americans, not the borders of Estonia, South Korea, Kuwait, or the South China Sea," the observer noted. And when Trump says that NATO is "obsolete," that's because it makes no sense poking the Russian bear by moving the alliance to Russia's borders, according to Buchanan.

Admonishing Europe's elites and the "Davos crowd" for their inability to comprehend the importance of national identity and economic as well as political sovereignty, Buchanan stressed that if President Trump becomes a truly "transformational president," he "will spurn an establishment [that is] desperately seeking to hold onto the world that is passing away."

Trump Pledges to Work for America’s 'Forgotten' Millions After Taking Office
Warning of the dangers of the US's continuing tensions with Russia in Eastern Europe and the conflict with China in Asia, the commentator argued that "the imperative of the new era is that the great nuclear powers – China, Russia, the United States – no do to each other what Britain, France, and Germany did to each other a century ago over a dead archduke."

Ultimately, instead of pursuing any sort of imperial agenda, "President Trump should build the wall, secure the border, impose tariffs, cut taxes, free up the American economy, bring the factories home, create millions of jobs, and keep us out of any new wars," Buchanan concluded.

Russian observers are also broadly hopeful that the new president will pursue a new kind of foreign policy, for the sake of the US and the world.

Andrei Shushentsov, program director of the Valdai International Discussion Club, recently said that it can be hoped that the US's powerful military will be used more sparingly, with a 'business plan-type' cost-benefit analysis being made before the US intervenes in a conflict or moves troops around.

In other words, the hope is that "he will not invade Libya just because this seems like a good idea, with open-ended objectives and an open-ended withdrawal date. Under Trump even military plans will likely look like a business plan. This will probably give a certain degree of predictability to US policy."

Perestroika is Back: US Economy Falters as Trump Prepares to Rebuild America
Furthermore, despite his flamboyant nature and non-traditional political style, Shushentsov stressed that Trump's economy-centric positions on global issues are actually very consistent, with old interviews from the 1980s and 1990s demonstrating that they have changed little over many years.

For his part, Igor Pshenichnikov, advisor to the director of the Russian Institute of Strategic Studies, is more pessimistic about Trump's ability to 'change the world'. According to the analyst, the weight of the US presidency as an institution makes it very difficult for any incoming leader to make speedy and lasting changes, particularly when it comes to foreign policy.

The question, Pshenichnikov suggested, is "who is stronger" among Trump's inner circle, and who will be able to pull him in which direction on one matter or another. In foreign policy in particularly, much will depend on Pentagon Chief James Mattis, Secretary of State Rex Tillerson, and National Security Advisor Michael Flynn, but possibly also former Secretary of State Henry Kissinger, who may help Trump mediate the normalization of relations with Moscow, the observer noted.

Kissinger, Pshenichnikov recalled, sees Russia as a "weakened, traumatized, post-imperial" country, one that wants to be recognized as "a great power, as an equal, and not as a supplicant in an American-designed system." Dealing with Russia means "deal-making, but also understanding," according to Kissinger.

But Kissinger is also a prominent member of the CFR, demonstrating the very difficult game the Trump administration will have to play in accommodating the US's nationalist and sovereigntist interests with those of powerful globalist forces.