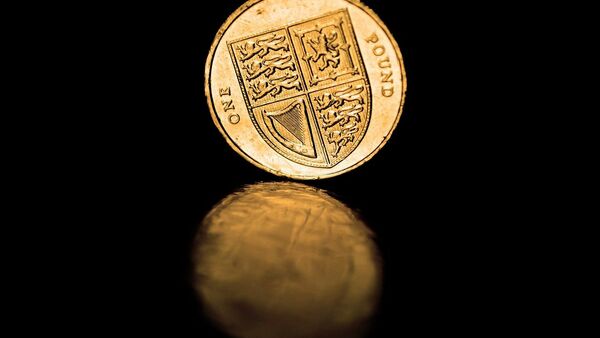 UK sales of consumer goods declined sharply in December 2016 as higher inflation and Brexit anxieties weighed on consumer sentiment, resulting in a downgrade in macroeconomic projections for this year.

Theresa May's Brexit Vision: Will It Work?
Kristian Rouz – UK retail sales declined significantly in December 2016, Chancellor of the Exchequer Philip Hammond told the Davos Economic Forum, suggesting that rising inflation that stems from the pound’s devaluation and the anticipated customs barriers would impair the performance of the consumer sector of the British economy in 2017.

However, the Office for National Statistics (ONS) observed that during 4Q16, consumer sales still increased. The uncertain paths of fiscal stimulus and the Bank of England’s (BOE) monetary policies leave an open discussion regarding the future of the main driver of the UK economy.

UK retail sales fell at their fastest rate since 2012, having declined by 1.9 percent in December 2016 month-on-month, greatly exceeding the murkiest earlier predictions. For the past year, UK retail sales advanced 4.3 percent compared to the anticipated 7.2 percent gain, while consumer sales between October and December rose 1.2 percent, leading the ONS to draw the conclusion that the sector posted a "strong end to 2016."

"The currency depreciation is now feeding through into inflation, which will increasingly affect consumer behaviour during this year," Hammond said at the World Economic Forum Annual meeting. "Hence the lower forecast for economic growth in 2017 as that inflation effect takes place."

Sterling has been devalued by 17pc for the year, spurring UK inflation closer to, and, likely, beyond, the BOE’s 2pc target, meaning quicker overall economic growth down the line. As fears of persistent disinflation waned, however, the real disposable incomes of the UK consumers have shrunk in the largely import-reliant economy. Subsequently, the positive effects to growth stemming from Brexit might be offset by tumbling consumer confidence.

"We know from the CPI (core prices index, inflation) data earlier in the week that prices rose more than expected in December and now we also know that sales volumes fell," Alan Clarke of Scotiabank said. "This is likely to be the theme for the rest of the year – higher prices will reduce disposable income and hurt consumer spending growth."

In December, UK consumer inflation hit a two-and-a-half-year high, and the resulting price adjustment put an increased pressure on consumers in the crucial shopping season.

Rule the Waves Again? Post-Brexit UK to Pursue Global, Not European, Free Trade
The pound slid after the data arrived to $1.23 as the ten-year average growth in consumer sales was reported at only 0.5 percent in Q416 compared to 0.6 percent in the previous quarter. There is an explanation for such rocky dynamics in the UK consumption following the Brexit vote: after the initial tumble in the sterling’s FX rate in mid-2016, consumers rushed to shops on a spending spree, anticipating higher prices in the near future. As the higher prices arrived, the purchases cooled down.

Brexit headwinds might intensify in 2017, unless the Exchequer's fiscal stimulus provides enough support to the gains in salaries and wages in the still-robust labour market. Real growth in domestic consumption, which drives roughly 77 percent of the UK GDP, might drop to 1.7 percent in 2017 compared to an annualized average of 2.6 percent in 2015 and 2016. Moreover, a slowdown in employment might further hamper consumer sentiment.

However, the recent expansion in consumer credit, as well as a pickup in manufacturing across the UK suggests the structural realignment will continue after Brexit, and while some consumers find themselves in the loser camp, others will be winners, depending on the sector of the economy they get their incomes from.

Certain consumer goods, however, are very unlikely to go out of favor, even amidst the gloomiest macroeconomic predictions.

"It was a merry Christmas for butchers who reported strong sales of meat during December," the ONS said in a tweet.

It was a merry Christmas for butchers who reported strong sales of meat during December https://t.co/nc32YtWtOn