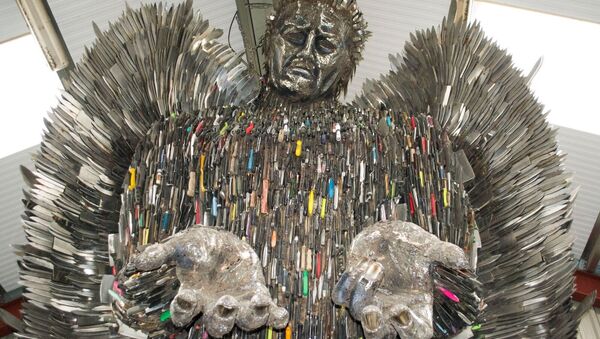 "Rest in Peace Craig Maddox, love from Dan and Kally (2016)." This is one of the inscriptions on a knife that was relinquished as part of the efforts by the UK police to curb violent crime. This knife will form part of a national monument that will sit on the Forth Plinth in Trafalgar Square.

The monument will be a statue of an angel that has been created using relinquished weapons and those seized and donated by the UK-wide police force and amnesties.

The public have supported the police in their efforts to stop knife crime and as a result of the overwhelming tide of public opinion, the British Ironwork Center, a company dedicated to the preservation and creation of quality metal work, have almost completed a national monument that has been created for one purpose, to highlight the extensive knife crime problem in the UK. 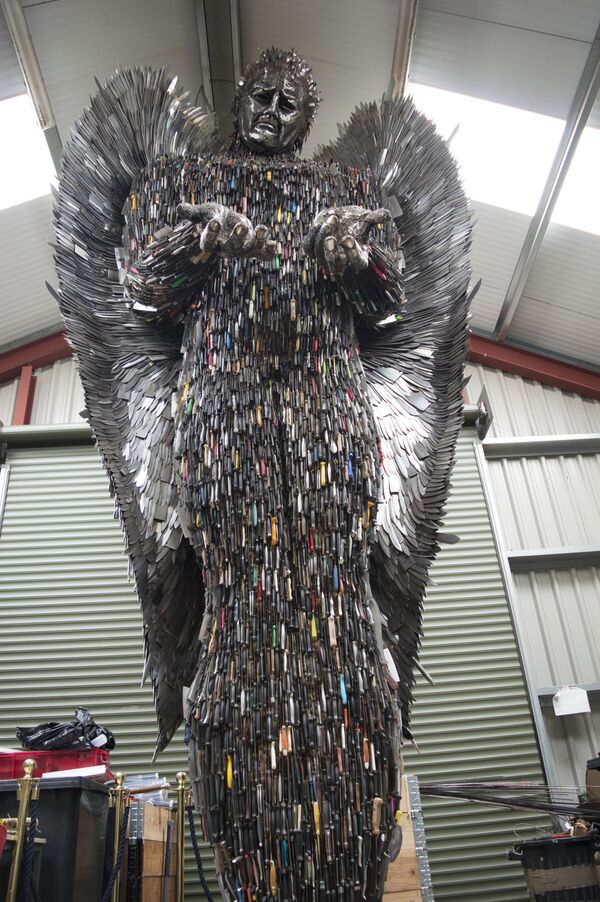 The British Ironworks Center hopes that the creation of the "majestic, yet poignant knife angel" will help to bring awareness to knife crime in the UK.

A History of Violence

Knife crime in the UK is an ever-prevalent and pertinent issue, the commissioner of the Metropolitan police declared on January 19 that the "warning lights are flashing," as the latest official figures confirmed a rise in violent crime across England and Wales by 22 percent — particularly murder and knife crime.

Overall, according to figures, crime rose by 8 percent in the 12 months to September 2016. Figures for London alone show that violent crime in the capital, involving knives, has reached its highest level in four years.

As a result of the rise in knife crime, the police set up the #StopKnifeCrime campaign in a bid to stop the killings and raise awareness.

In London, the Metropolitan police launched Operation Sceptre in July 2015, aimed at reducing knife crime and the number of families affected by it across the whole capital. In total, since Operation Sceptre was launched, the police have conducted 5791 weapon sweeps and a total of 4565 stop-and-searches were conducted during those six weeks, resulting in 793 arrests, just from stop-and-search alone.

Clive Knowles, Chairman of the British Ironwork Center, said that he and his team decided to support the police in their efforts to stop knife crime and as a result made and loaned the police over 500 knife banks — where people can go and surrender their weapons without facing prosecution — which allowed people to surrender their knifes.

"We wanted to help and put our resources behind something useful. Over a year ago we saw a documentary on knife crime and the police were being heavily blamed for how they were handling the situation. Therefore, we decided to support their efforts and that's where the idea came from to make the Knife Angel," Clive Knowles told Sputnik.

However, not every police force and government institution has been helpful in the creation of this monument, which Clive Knowles and his team hope will be a constant reminder to the public that knifes kill, and they impact lives.

"We are still waiting on one police force to give us knives they have collected, so that we can add it to the statue, however they have refused. Also the Mayor of London's team were not as supportive as they could have been. I think they thought if Japanese tourists saw this statue made of knifes, they would start to question why they traveled here," Knowles told Sputnik.

Once Knowles and his team have the final set of knifes to add to the monument they hope to be able to relinquish the project over to the government, who should then try and push for tighter knife control laws. 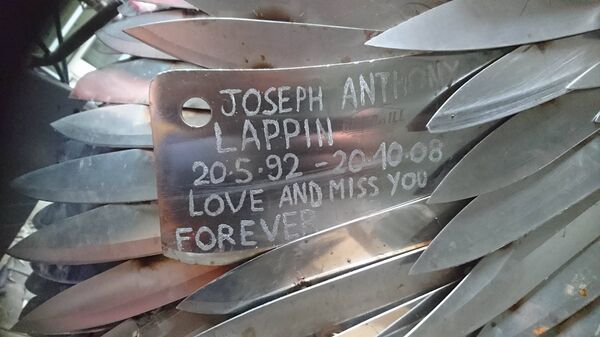 "We know that knife crime is increasing in the UK, so we are aware that the knife banks will fill up again, but there is only so much we can do. I hope the government take it over and start to work on making the streets safer for everyone," Knowles said.

The families of people who have suffered due to knife crime have supported the project and hope it will bring healing to those who have lost loved ones.

The knife statute stands at 27 feet and over 100,000 knifes have been used in the creation of the monument so far.