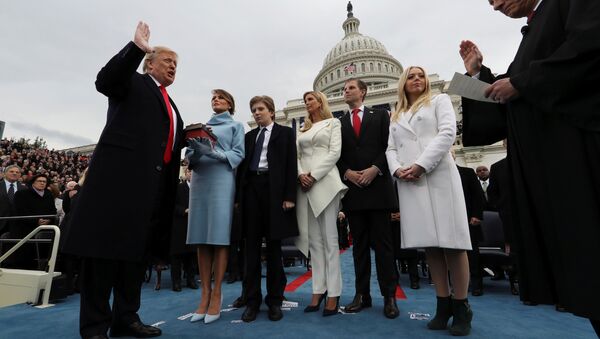 © REUTERS / Jim Bourg
Subscribe
International
India
Africa
The United States will withdraw from the Trans-Pacific Partnership free trade deal and renegotiate the North American Free Trade agreement, according to a new US trade plan released by the White House on Friday.

"This strategy starts by withdrawing from the Trans-Pacific Partnership and making certain that any new trade deals are in the interests of American workers," the release stated. "President Trump is committed to renegotiating NAFTA."

The document suggested that the TPP had a negative impact on the livelihoods of working people and the US economy.

"For too long, Americans have been forced to accept trade deals that put the interests of insiders and the Washington elite over the hard-working men and women of this country. As a result, blue-collar towns and cities have watched their factories close and good-paying jobs move overseas, while Americans face a mounting trade deficit and a devastated manufacturing base."

Trump's strategy entails first withdrawing from the partnership, renegotiating its terms, and withdrawing completely if partners refuse the renegotiation. It also said that the new administration will ensure that "any new trade deals are in the interests of American workers."

The release also vowed to take a hard line against countries that violate trade agreements, "and harm American workers in the process."

Trump was sworn into office as the 45th president of the United States on Friday.