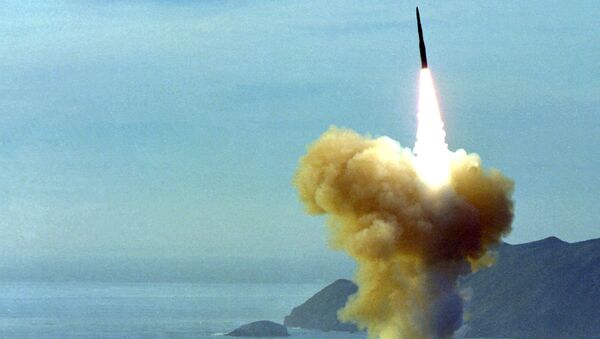 Tump's administration sketched out a slew of new defense proposals following the President's inauguration. The 45th US President "will pursue the highest level of military readiness," according to the White House. As such, America will need "every asset at its disposal." Keeping in line with the President's inaugural speech message, to put "America first," the White House asserts "We cannot allow other nations to surpass our military capability."

From a policy standpoint, the next administration will terminate the existing "defense sequester" that caps America's military spending "and submit a new budget to Congress outlining a plan to rebuild our military." Trump made the F-35 Joint Strike Fighter program a pillar of his transition effort and vowed to reduce the cost "beautifully." While Trump has repeatedly expressed support for superior Pentagon capabilities he has said that he wants to do it efficiently, that is, for less money. Sputnik has reported that the estimated $1.45 trillion poured into the life cycle of the F-35 fifth-generation jet program, which includes plans to buy 2,000 more F-35s, could eliminate all of America's crippling student debt.

It is not entirely clear exactly what kind of "state-of-the-art" missile defense systems Trump wants to "develop" seeing that Pentagon leaders have been focusing on this issue for decades. One day prior to the inauguration, the US launched an Atlas V rocket into orbit carrying a satellite that monitors the take-off and destination of enemy missiles. The Space Based Infrared System Geo 3 satellite was the third of its kind.

Another defense arena the US will pursue more aggressively under Trump's watch is cyberdefense. "Cyberwarfare is an emerging battlefield," the White House website said. "We must take every measure to safeguard our national security secrets and systems," it noted.