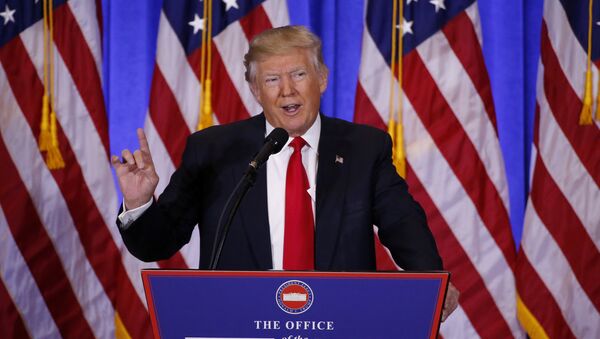 EU Propaganda Resolution 'Like Pinocchio Calling His Maker a Liar' – Kusturica
Modern life and technology is distorting the way people relate to facts and art, Kusturica told Sputnik Srbija in an interview at the Kustendorf film and music festival in Drvengrad, a wooden town in western Serbia constructed by Kusturica for his film, "Life is a Miracle."

With regard to entertainment, the film director and author said that for more than a century, films have provided people with models for how to live. However, their place in the public consciousness is being eroded by a constant stream of information, Kusturica told Sputnik Srbija.

"If somebody is crying when they watch a film, they make those around them cry too. When people watch films, it's very important that they are together and share their emotions. Today, unfortunately, people watch films at the same time as making a phone call or surfing the internet. This is a new phase of development which will have different forms – you can stream films or watch them in real time on your phone. I think there will be very few cinemas, one multiplex in each town, like there is now for operas. Or maybe not even one."

"This is a problem of globalization, the consequences of which are hard to imagine. A person can't live without an archetype, and film is the strongest expression of archetype, but now films are being superseded by information systems, because this system offers a person drama which was previously offered by film. Films, with all their aesthetic arsenal, will be superseded, and human life will become poorer," Kusturica said.

Polish WWII Film Pulled From Kiev Screens After Government Warning
The fast streams of vast amounts of information also affect the perception of facts, including historical ones. The decisive contribution of Soviet forces to the liberation of Europe from Nazi occupation is one example, the film director said, praising Russian President Vladimir Putin's respect for history.

"Putin is a unique phenomenon, because he is the only judoist in global politics. I think that his struggle for history is what unites Russia and Serbia. Our friendship became stronger after I wrote an article for the Belgrade newspaper 'Politika' about an acquaintance of mine, who believed that the Americans liberated Europe from fascism. I said, 'I am not going to try to change your opinion, because it might make you very unhappy.' But Russia liberated Europe, sacrificing more than 20 million lives, and the Americans only participated in this liberation. They arrived in 1944, when, in principle, they only needed to appear. Of course, I don't want to deny that there was really an alliance, but after all America only entered the First World War in 1916, in the second half, and the same applies to the Second World War. And now it turns out that we are the fascists and they are the anti-fascists. No, that will not do," Kusturica said.

"In Serbia there are whole generations of former Yugoslav generals' children who enjoy freedom thanks to non-profit organizations and a way of thinking that is completely free of patriotism. But patriotism is also aesthetic, a question of recognizing certain facts, a link that leads to the future. In this sense, the appearance of Putin is important. And if he just came and said, 'No, Europe wasn't only liberated by the Americans, but we sacrificed ourselves for it together with our allies and put an end to the Second World War,' that would be enough. Putin, among other things, has prevented the transformation of false historical statements into reality. We live in an era where the speed of information exchange does not guarantee its truthfulness, and a huge number of the most prominent reports have no relation to the truth. In France, one in two people believe that they were liberated by Private Ryan."

Controversial Anti-Trump Film Claims Top Spot on iTunes
Kusturica said that the election of Donald Trump is a chance for greater freedom from globalization. While the next US President may turn out to be "the new choice of liberal America," his election seems to represent a defeat for mainstream media and politics.

"America is a powerful country, and America and Hollywood… impose their tears, their murders, their aggressiveness and the worst there is there. But I am convinced that for the most part the American people aren't like that, that there are two or three corporations which control the stage and do their dirty work."

"Everyone is talking about Trump right now. I'm no fan of Trump, but I'm in love with freedom. And they aren't giving him this freedom, because he is doing something wrong. I don't know, maybe this is just a trick and deception, and it turns out that Trump is just a new variety of liberal American, created because Clinton was unable to perform some kind of new task. Yet it seems to me that his victory is owed to the fact that the mainstream, to which the majority of the media belongs, was defeated. The man appealed directly to the people, and in this direct conversation people saw something close to them, and Trump won.

000000
Popular comments
Hollywood spreads the American poison all over the world.