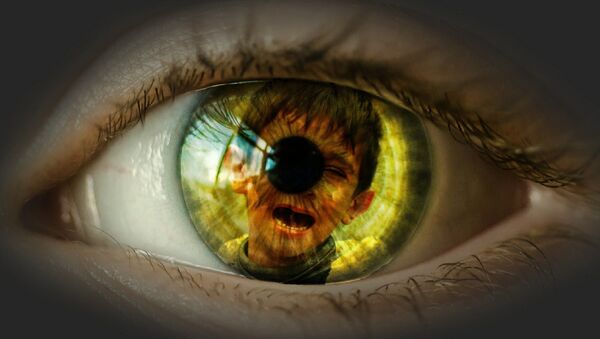 © Photo : Pixabay
Subscribe
A recent spate of exposures involving pedophile rings and networks in Scandinavia has brought sensitive issues into the limelight. In Finland, the focal point of the debate is whether pedophiles should be punished or 'cured'. No matter how you slice it, pedophilia remains a problem, though.

Busted Pedophile Ring Stirs Debate in Sweden
In Finland, a nation of 5.4 million, over a thousand cases of sexual abuse against children are recorded each year. It's suspected that a large number of cases remain unreported, however, since young children may lack the ability to properly relate instances of molestation.

In medical circles, the debate about pedophilia has been going on for years. Some medical professionals view it as a disease with an official definition, whereas others prefer to see it as a sexual orientation, albeit deviant. Therein lies a crucial difference. If it is a disease, its cause should be determined and treated accordingly. A person's sexual orientation, on the other hand, is something persistent, an innate characteristic that cannot be changed.

"It is important to remember that pedophilia and sexual crimes against children are two different things," Pekka Santtila, professor of psychology at Turku University told Finnish national broadcaster Yle.

Anonymous surveys revealed that up to 5 percent of adults have a sexual interest in children. Not all of them turn into child molesters, yet many of them naturally belong to the risk group. In a country the size of Finland, this could amount to tens of thousands of people, a bitter fact that was highlighted in an article by Finnish national broadcaster Yle, titled "The land of a thousand pedophiles," which plays on Finland's poetic moniker "The land of a thousand lakes."

Busted! Politicians, Police Caught in Huge Norwegian Pedophile Ring
Pedophiles are often seen as ticking bombs, yet there are only several recognised ways to "defuse" them at mankind's disposal. In the fall of 2016, Turku University started developing a test for determining whether a person can be classified as a pedophile or not.

In past decades, the focus of handling pedophilia was almost invariably limited to punishment for sexual offenders, whereas prevention work has been largely ignored, with aggressive vigilantism abounding in real life and on the internet. In Finland, there are several Facebook groups, where names and pictures of convicted child molesters are published. Needless to say, attitudes are not exactly friendly there, with threats and demands for the death penalty not uncommon.

The European Union requires member states to provide preventive care to people at risk of committing sexual offenses against children and young people. The public sector in Finland, however, does not offer preventive therapy at present.

Norway Hands Elderly Man Eight-Year Sentence Amid Wave of Pedophilia Cases
For years, a preventive care program for pedophiles has been prepared by Turku University and various NGOs and child protection organizations. The project still lacks the necessary funding, though.

"This is very important for reasons of child protection, so of course the situation is rather frustrating. The subject is so flammable that it has so far been difficult to get financing," Tuomas J. Harviainen who is chairs the Finnish Sexpo foundation, told Finnish national broadcaster Yle.

According to Finnish medical experts, many pedophiles are reported to be living with a sense of guilt and are suffering from depression without actually having committed any offense. Finland has especially strict child protection laws; it has been illegal for parents to strike children in the country since 1984.