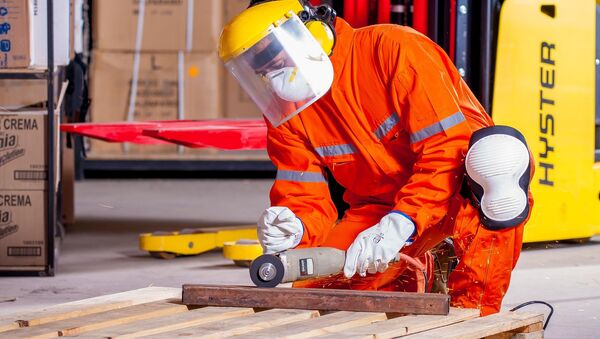 © Photo : Pixabay
Subscribe
International
India
Africa
For decades, debate has been quietly ongoing in the European Union about the feasibility of a pan-European minimum wage, and now MEPs have endorsed a report that calls on the European Commission to introduce just that – although serious questions hover over whether such a policy could realistically be implemented.

The report was backed by a landslide, with 396 votes in favor, 180 opposed and 68 abstentions — although MEPs from the center-right EPP group axed a measure calling for the national minimum wage to be at least 60% of a country's median income. Another suggestion, that the EU calculate the living wage in every Member State, was also axed. In a statement, Rodrigues attributed these removals to "conservative forces" in the European Parliament, which want to keep citizens "surviving on very low wages."

EU Social Affairs Commissioner Marianne Thyssen has previously suggested she would not impose a minimum wage on EU Member States; 22 already have minimum wage laws, with only Austria, Cyprus, Denmark, Finland, Italy and Sweden lacking one. However, the report suggests that while a minimum wage should be a requirement of all Member States, setting it would remain the responsibility of national governments.

The report is strictly advisory, but its approval on January 19 falls two months prior to the Commission's scheduled proposal of new social welfare rules, including measures on working conditions and wages. Nonetheless, while such a rule would undoubtedly be popular with EU citizens, big business and trade unions across the continent are likely to be less enamoured with the prospect.

While lobbying group BusinessEurope opted not to comment on the report, the European Trade Union Confederation said it would oppose the introduction of a minimum wage "for the sake of it," particularly if a Member State's trade unions were opposed to such an idea.

Such opposition may seem counterintuitive, given trade unions exist to protect workers' rights and achieve pay increases for their members, but countries such as Austria and Denmark lack a minimum wage due to robust systems of collective agreement, conducted with trade unions at a sectoral level Unions in these states are understandably skeptical of minimum wage regimes as a result — whether they would ever accept these proposals is dubious.

#SocialRights in the #EU: check out our video on how #MEPs want to boost labour protection in a digital economy. https://t.co/G0fYWjbMKl pic.twitter.com/HSOQMn8QTA

Still, some believe an EU-wide minimum wage to be both morally and legally necessary. Dr. Thorsten Schulten of the Hans Bockler Foundation says existing minimum wages in Europe are below the subsistence minimum in many countries, and thus are insufficient to prevent income poverty.

"This means the fundamental social right to an equitable and adequate wage, as called for in the European Social Charter and the Community Charter of the Fundamental Social Rights of Workers, is being violated on a massive scale in Europe. A European minimum wage policy would not mean the determination of a Europe-wide uniform minimum wage amount, but rather agreement on a European minimum wage norm, that would establish the minimum wage as a certain percentage of national median or average wages," Dr. Schulten told Sputnik.

Dr. Schulten went on to note that up to 16 percent of all workers in the EU could benefit from a European minimum wage policy.

"The wage increases involved would also instigate a considerable demand boost and thus create new potential for growth and employment, as well as counteracting current deflationary dangers in Europe," he concluded.