Relocation of US Embassy to Jerusalem to Please Israel 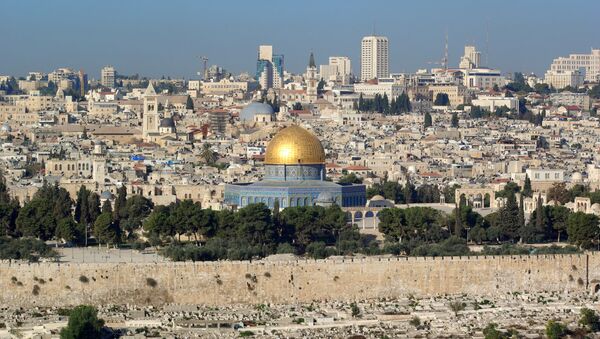 Israel would be pleased if the new US administration relocated the US embassy in the country to Jerusalem, Israeli ambassador to Russia Gary Koren told Sputnik.

MOSCOW (Sputnik) – In September, US President-elect Donald Trump told Israeli Prime Minister Benjamin Netanyahu that his administration would recognize Jerusalem as the undivided capital of Israel and move the US embassy there from Tel Aviv.

"If the new US administration took the decision to relocate the embassy we would be satisfied and happy about it. Part of Jerusalem being the capital of Palestine is not the issue, the issue is some people fully denying Israel’s rights to Jerusalem. Even though the historic connection of our state to this city is undeniable, especially since all the key ministries, the parliament, the president, the prime minister are located in Jerusalem and everyone understands that this is the factual and the political capital," Koren said.