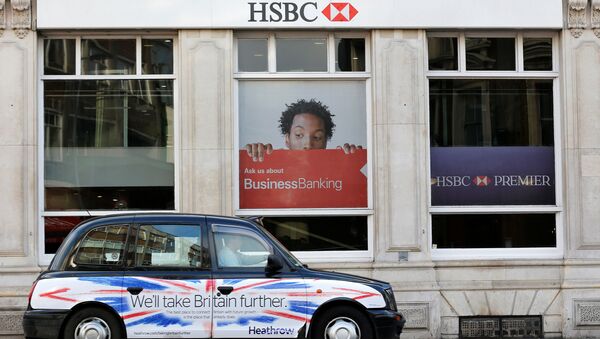 In the wake of Theresa May's speech confirming Britain's secession from the EU will be of the "hard" variety, a number of major banks have announced they are reviewing their UK operations. Some have even confirmed they are relocating entire operations to the continent immediately. Will this trickle soon become a deluge?

While Prime Minister May's oratory was intended to mollify the City of London, the reverse effect appears to have been achieved — unsurprisingly, as "Hard Brexit" means the loss of Britian's financial services "passport," which allows firms based in the UK to offer their services anywhere within the EU.

With a "Norwayesque" relationship off the cards, Stuart Gulliver, chief executive of HSBC, said the bank was moving up to 1,000 employees to Paris forthwith.

Will Brexit see the biggest migration of financial services jobs in history? Jobs like this have made the City the top financial centre. Sad

Goldman Sachs Group is also reported to be halving its London workforce, from 6,000 to 3,000. Swiss bank UBS said around 20% of its London workforce will be making a move at some point. JPMorgan Chase chief executive Jamie Dimon suggested to the UK business press that over 4,000 of the firm's staff, more than a quarter of its total UK workforce, could be transferred overseas. 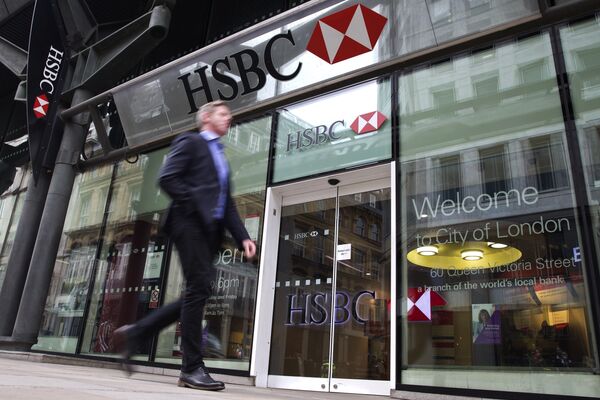 A businessmen walks past the entrance to a HSBC bank branch in London.
© AFP 2022 / Justin Tallis

"It looks like there will be more job movement than we hoped for. We don't want to — it is not a threat — it is just a fact that we will have to accommodate the new requirements," Dimon is reported to have said.

Nonetheless, some analysts are not grieving the prospect of an en-masse evacuation from the City of London. Laurie Macfarlane, economist at the New Economics Foundation, says a financial services flight represented a golden opportunity to right the imbalances and iniquities of the UK economy.

@EconomistLake @BBCWorld and I will be moving my account away from HSBC.

"For too long the UK has been over-reliant on financial services, while whole regions have been left behind by a torrent of global forces and industrial decline. This has contributed towards growing regional divides and disenfranchisement, which played a role in the Brexit vote," Macfarlane told Sputnik.

"There is therefore an urgent need to build a financial system that works for the long term interests of society — regardless of whether Brexit causes banks to leave or not. This should begin by transforming the taxpayer-owned RBS into a network of local banks which have a public interest mandate to promote local economic development, and create and retain wealth locally," Macfarlane added.

However, others are less convinced such a migration will come to pass.

"Anyone at all surprised at this news hasn't been paying attention to the banking world for the past year or more."

"These aren't announcements — they're practical confirmations of what banks said prior to the referendum. This shouldn't be viewed as a mass exodus, with hundreds of firms and thousands of jobs leaving the UK entirely, either. Banks shifting some — emphasis on some — of their operations to other EU jurisdictions is simply a straightforward consequence of the UK exiting the single market," Wright told Sputnik.

"Up to 20% of the work of investment banks and asset managers depends on passporting, so firms will need to move that chunk to another EU jurisdiction."

Wright went on to explain that "Hard Brexit" would reduce the UK's share in some markets, but not significantly.

"In many areas of financial markets, such as foreign exchange, derivatives and hedge funds, between two-thirds to three-quarters of the EU's financial activity takes place in the UK. Other financial centers in Europe, such as Dublin, Frankfurt, Luxembourg and Paris will take a few percent of those markets each, but London will not be displaced from its premier position in finance," he concluded.

While Wright may not be convinced of huge job losses in finance post-Brexit, others believe withdrawal with have a highly deleterious impact. Dutch finance minister Jeroen Dijsselbloem, who currently chairs meetings of Eurozone finance ministers, is among them.

"Let's speak again in 20 years. Then England, will be back to where it was in the 1970s. Totally outdated, massive unemployment, totally impoverished," Dijsselbloem told local media January 18.