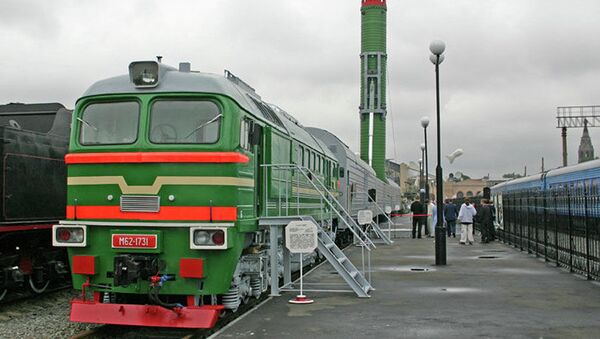 © Photo : JSC Russian Railways
Subscribe
International
India
Africa
According to a defense industry source, Russia will carry out first flight tests of a missile for its revived combat railway-based ballistic missile systems in 2019.

"They will be carried out in two years, in 2019," the source told RIA Novosti.