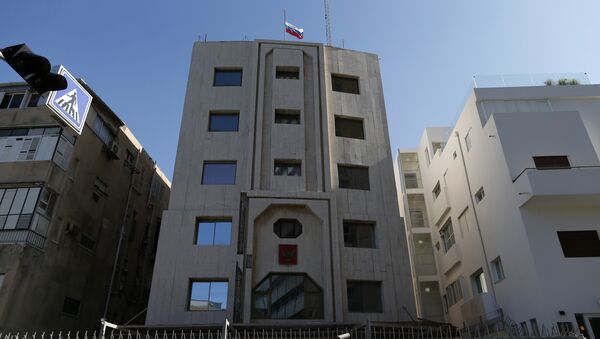 The recent statement of Israeli Ambassador to Russia Gary Koren about potential relocation of Russia's embassy in Israel from Tel Aviv to Jerusalem could be a joke, Russian Deputy Foreign Minister Mikhail Bogdanov said Thursday.

MOSCOW (Sputnik) — Earlier in the day, Koren told Sputnik that Israel would welcome potential decision of the administration of US President-elect Donald Trump to relocate the country's embassy from Tel Aviv to Jerusalem, adding that Moscow had also grounds for such a move.

"Probably he has joked in such a manner," Bogdanov told reporters, commenting Koren's statement.

He added that US plans to relocate its embassy to Jerusalem would create a "significant challenge for security in the region."

PLO to Revoke Recognition of Israel if Trump Moves US Embassy to Jerusalem
Israel declared Jerusalem its capital in 1949, but the United Nations recognizes East Jerusalem, including the Old City, to be part of Palestine. In 1967, Israel recaptured East Jerusalem from the neighboring Arab nation of Jordan.

A number of nations do not recognize the city's annexation and insist its status must be determined in the course of Palestinian-Israeli peace talks. In turn, Palestine seeks to establish East Jerusalem as its own independent state's capital as more members of the international community begin to recognize the Palestinian state.