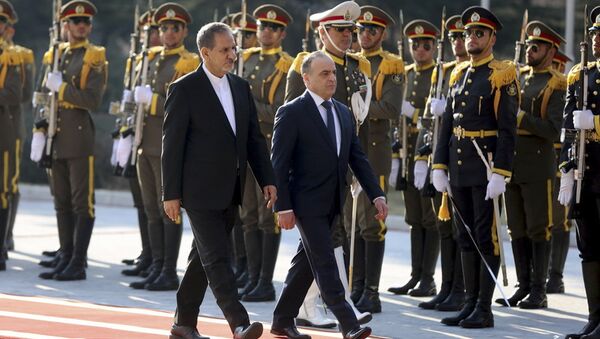 © AP Photo / Office of the Iranian Senior Vice-President
Subscribe
International
India
Africa
Commenting on the number of important deals recently signed between Syria and its regional neighbor Iran on the post-war reconstruction of the war-torn country, the current advisor to Iran's foreign minister, Hossein Sheikholeslam, told Sputnik what helped Tehran become among the first to help its neighbor.

Iran Refutes Claims of Deal on Dividing Syria Into Zones of Influence
Hossein Sheikholeslam further elaborated that after a permanent ceasefire is agreed upon, the implementation of these agreements will become the first economic aid package rendered by Iran to Syria.