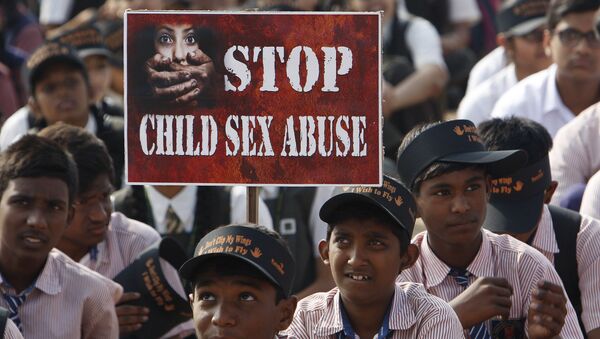 Indian Minister for Women and Child Development Maneka Gandhi has written to Foreign Minister Sushma Swaraj requesting her to stop the entry of foreigners with a record of child abuse.

"[I] Have requested Sushma Swaraj ji to revise visa format so foreign nationals with criminal record of child abuse don't enter India," she said in her tweet to Foreign Minister Sushma Swaraj.

​Maneka Gandhi (a daughter-in-law of Indira Gandhi) said there is no provision in the present visa format for foreign national to declare their record of criminal prosecution.

At present, foreign nationals do not have to declare their record of criminal prosecution for visas to travel to India. 2/3

​Maneka Gandhi wants the Indian visa format to include a declaration of criminal record.

Have requested that Indian visa format should include a declaration of criminal record. 3/3#Humans4Children

​A conference on "National Alliance against Online Child Sexual Abuse" held earlier in Delhi had also sought a mechanism to stop paedophiles to get entry into India.

There have been several instances where proclaimed child abusers have got visas to enter India.

Maneka Gandhi's fresh missive might have been triggered after the Hyderabad police arrested a US national, James Kirk Jones for downloading and uploading child sexual abuse material.

It's not the first time that Maneka Gandhi has sought a change in the passport rules. Earlier she was successful in persuading the Ministry of External Affairs to do away with compulsorily naming the spouse in the passport application form.