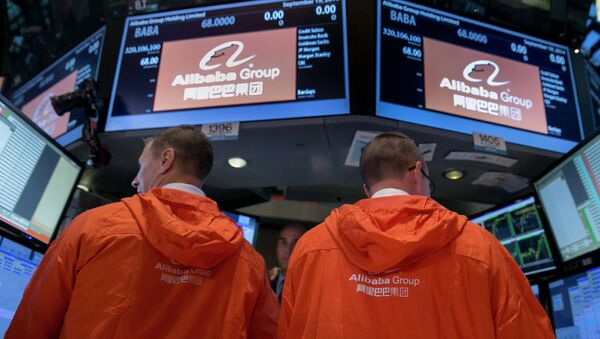 Chinese online trade giant Alibaba has teamed up with some 20 global brands to fight fake goods. The agreement was signed by Louis Vuitton and Swarovski, as well as Samsung, Huawei, Sony, Samsung, Canon, and many other brand names which feature among the world’s most counterfeited.

This world’s first "alliance to fight counterfeits with big data" was initiated by Alibaba Tuesday in Hangzhou, capital of eastern China's Zhejiang Province. Alibaba said the move would make the fight against counterfeiting more powerful and transparent.

Within such collaboration, Alibaba will provide its members with big data on goods, and its contacts with Chinese authorities and police, which will help the brands to identify, block, and even take products off their virtual shelves if they fail to meet certain criteria.

"The move aims to show that Alibaba pays attention to the protection of intellectual property rights, improving the Chinese company's reputation while it is speeding up its expansion outside of China," Zhang Yi, CEO of Guangzhou-based market consultancy iiMedia Research, told the Global Times on Monday.

Alibaba's big data have proved to be effective after based on them Chinese regulators shut down about 675 producers and retailers of counterfeit goods between September 2015 and August 2016.

Thus, unfair retailers yield direct losses to the e-commerce giant, but they also expose the company to the watchful eye of US authorities.

In December 2016, the US Department of Commerce returned Alibaba-affiliated Taobao to its blacklist of “notorious markets” for hosting fake items that “seriously infringe the intellectual property rights of American businessmen.”

Taobao lobbied American trade officials for four previous years to drop the platform from the list, and now says the US regulator’s the decision was politically motivated.

The founder and chairman of Alibaba, Jack Ma, met with U.S. President-elect Donald Trump on January 9 in New York.  They discussed plans to help small US businesses sell products to China through the company's platform and create new workplaces for Americans.

However, American Apparel and Footwear Association (AAFA) was skeptical about Ma’s proposal. Its recent report highlights an "unacceptably high" level of counterfeits on Taobao, which poses a serious economic threat to US-based creative and innovative industries.

Nevertheless, Alibaba is set to win the war with counterfeits and retain its markets.

“The most powerful weapon against counterfeiting today is data and analytics, and the only way we can win this war is to unite,” Jessie Zheng, Alibaba’s chief platform governance officer told the South China Morning Post, which is also owned by Alibaba.