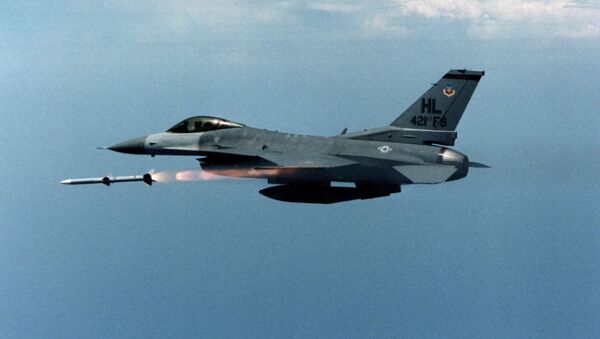 The Turkish General Staff on Wednesday praised coordination with Russia in the operation against Daesh terrorist group in Syria's Al-Bab in the province of Aleppo.

"Under the agreement on prevention of incidents, signed between Turkey and Russia, today, as a result of successful coordination, Russian aircraft carried out an air operation against designated Daesh targets in the south of Al-Bab," the statement said.

"Nine strike aircraft of the Russian Aerospace Forces, including four Su-24M, four Su-25 and one Su-34 bomber, as well as eight Turkish Air Force's jets — four F-16 and four F-4 aircraft — are involved in the aerial campaign agreed with Syrian authorities," Lt. Gen. Sergei Rudskoy, the chief of the Russian General Staff Main Operational Directorate, said at a news briefing in Moscow earlier in the day.

Russia's Deal With Turkey on Flights Over Syria is More Than Meets the Eye
The news comes amid a nationwide ceasefire in Syria backed by Russia and Turkey which came into effect on December 30 and was later supported by a UN Security Council resolution.