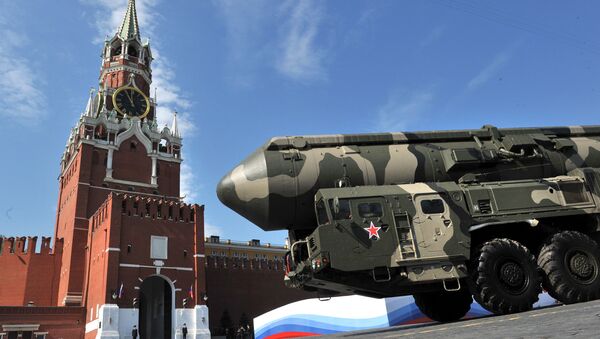 On January 16 Moscow conducted a successful launch of a silo-based Topol-M ICBM from the Plesetsk spaceport, according to the Russian Defense Ministry.

"The simulated warhead hit a designated target at a firing range on the Kamchatka peninsula with high precision," the Defense Ministry's official website said, adding that the test launch was carried out to confirm combat capabilities and reliability of the ICMBs.

Russia
Russia Carries Out Successful Test of Topol-M Ballistic Missile
The Topol-M (NATO codename SS-27 Sickle B) is Russia's most recent silo-based/road-mobile intercontinental ballistic missile. It boasts a maximum range of about 11,000 kilometers (6,835 miles) and can carry a nuclear warhead with a yield of up to 550 kilotons.

Back in October 2016 Russia conducted a series of successful launches of RS-12M Topol ICBMs from the Plesetsk launch site, and ballistic missile submarines K-433 Svyatoy Georgiy Pobedonosets and K-407 Novomoskovsk.

According to Khrolenko, these test launches not only confirm the ICBMs' reliability but also demonstrate Russia's technological capabilities and its strong defense commitment.

However, the US and EU's think tanks interpret Russia's moves in their own way.

These think tanks are busy with vilification of Russia, Khrolenko pointed out, adding that some of them have even gone so far as to claim that Russia is historically "predisposed" to "aggression" against its neighbors to preserve its sovereignty.

"For nearly eight centuries, Russia has been trapped in a loose cycle: It rises from chaos, returns as a regional and sometimes even global power, grows aggressive as the system cracks, and then collapses before rising again," Goodrich  wrote.

"Thus the dilemma: Russia must expand to survive, but that expansion is unsustainable and has historically led to its collapse," she claimed.

According to Khrolenko, Goodrich's scheme encourages the belief that either being weak or strong Russia poses a danger to its neighbors.

However, while presenting a brief history of Russia Goodrich has failed to mention that it was the Hetman of the Zaporozhian Host, Bohdan Khmelnytsky, and the Cossack Rada who voluntarily sought to unify with Moscow and asked Tsar Alexei to incorporate the territory of modern-day Central Ukraine into Russia back in 1654. 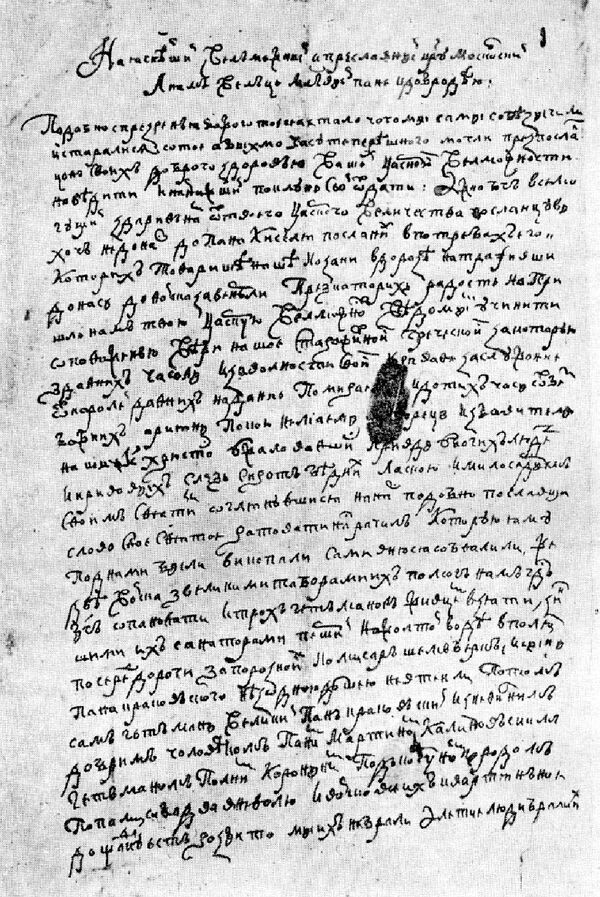 Likewise, King George XII of Kartli and Kakheti sent a request to Tsar Paul I to incorporate Georgia (Kartli-Kakheti) into the Russian Empire in order to protect it from the Persian and Ottoman aggression in 1800.

Khrolenko pointed out that unlike European powers — Britain, Germany, Spain, France and Portugal — Russia has never pursued a "colonial policy."

For centuries Russia preserved its sovereignty, national identity and vast natural resources due to its well-balanced pragmatic foreign policy and strong defenses, he stressed.

"In comparison with the Russian Empire and the Soviet Union the territory of the Russian Federation has decreased, but still it has no analogues in the world. It is almost two times bigger than the United States," the analyst pointed out.

The ongoing anti-Russian campaign has nothing to do with a non-existent "Russian threat," Khrolenko underscored. He compared the attempts to vilify Russia with US-led NATO bloc's earlier efforts to demonize Yugoslavia, Afghanistan, Iraq, Libya and Syria.

Still, Russia remains a hard nut to crack given its nuclear arsenal, the analyst remarked.

"In the 21st century Russian nuclear triad and advanced space technologies allow Moscow to preserve peace in the area of thousands of kilometers beyond its territory, without the use of any 'buffer zones' in its nearest neighborhood," Khrolenko underscored denouncing speculation regarding Russia's "plans" to extend its "buffer zone" at the expense of the Baltic states.

"The US calls it 'force projection'. For Russia, it's 'safety projection'," he stressed.