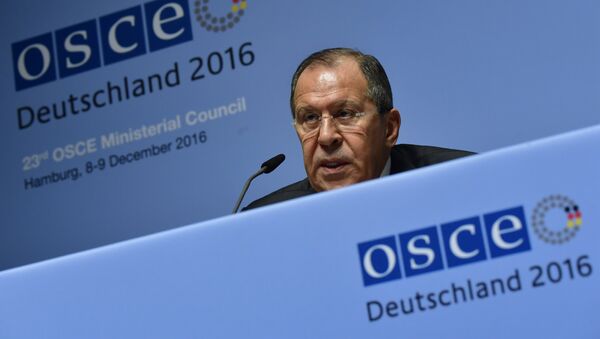 © AFP 2023 / John MACDOUGALL
Subscribe
International
India
Africa
The US may join the Astana talks on Syria next week due to the extended number of participants, Russian Foreign Minister Sergei Lavrov said Wednesday.

"Frankly, the form of the extended invitations allows the participation of all those who have been mentioned in public statements, including representatives of the US," Lavrov said.

Speaking alongside Austrian Foreign Minister Sebastian Kurz, Lavrov noted that the leader of the Jaysh Islam UN-designated terrorist group could also take part in the Astana talks on Monday, January 23.

"Given the fact that, along with other opposition groups, Jaysh al-Islam has expressed readiness to sign a ceasefire agreement and to enter into negotiations with the Syrian government, of course we support this approach," Lavrov said.