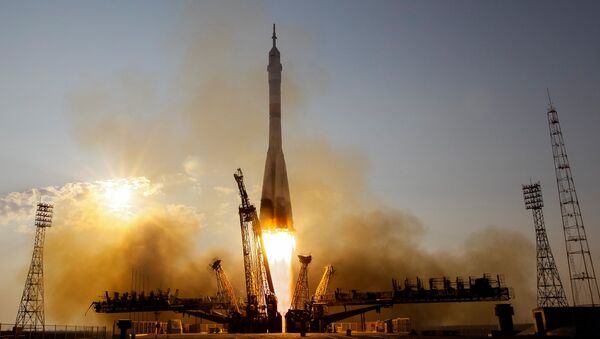 If NASA intends to continue sending astronauts to the International Space Station (ISS) or the moon, the space agency has little choice but to rely on Roscosmos’ Soyuz spacecraft, at least until 2019.

On Tuesday, NASA filed a "presolicitation" requesting that private firms reach out to NASA if they can transport astronauts to and from the orbital research platform. NASA is “considering contracting” with Boeing on a noncompetitive basis, primarily because there may not be a suitable alternative. The Chicago-based aerospace firm has ties with Russia, allowing it to serve as a middleman to get American astronauts on board the Soyuz (Russian for 'union'). Particularly, Boeing won the seats NASA now seeks from Energia, a Russian aerospace firm, in a settlement negotiated in late 2016.

"Only Russian spacecraft carry people to [ISS] right now," according to NASA’s website.

The transportation services include one astronaut in the fall of this year and another in the spring of 2018, according to a document published by the General Services Administration (GSA). Procuring seats on the Soyuz will "maximize ISS science utilization," it notes.

The Soyuz space capsule sits atop a rocket that launches Japanese, Canadian, Russian, and American astronauts from Earth into space in just nine minutes, NASA notes. Passengers can expect to arrive at ISS in six hours, about an hour shorter than a flight from New York to London.

Boeing’s Starliner spacecraft has encountered design flaws in development, postponing the company’s manned flight to ISS until December 2018. Elon Musk’s SpaceX firm delayed their first mission to the space station after an unmanned Falcon 9 spacecraft blew up in the middle of a test launch.

As a result, the US continues to rely on Russia, a source of ire for many US lawmakers. The prospect of continued domestic provocations aimed at Moscow could, however, very well endanger Americans on the space station. Some of the services GSA and NASA want to acquire include "provision of Emergency Rescue services, on-orbit rescue services for the duration of the six-month missions," and, of course, bringing the astronauts back home. This is a key piece of leverage Moscow has over Washington in the undesirable event of escalated tensions.

Washington has significant financial incentive to send explorers up to ISS on spacecraft that are not Russian. Since 2006, the price of a seat on the Soyuz has jumped from $25 million to $81 million, according to NASA data. NASA and GSA did score a coup in 2007 and 2008, however, when the agencies landed seats for a mere $21.8 million.