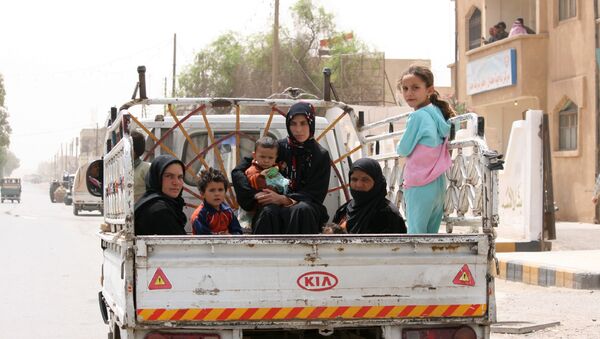 If militants capture Syria's Deir ez-Zor, civilians will be subjected to genocide and the population may be completely exterminated, Lt. Gen. Sergei Rudskoy, the chief of the Russian General Staff Main Operational Directorate, said at a news briefing in Moscow.

He noted that Deir ez-Zor is in a difficult situation, as the city has been under Daesh forces' siege for three years.

"Using the overwhelming advantage in numbers, the militants are constantly attacking the Syrian troops' positions," Lt. Gen. Rudskoy said. "If the city is captured, the residents will face real genocide. The population of Deir ez-Zor could be completely exterminated."

Lt. Gen. Rudskoy stressed that the city's garrison is maintaining resistance to Daesh militants with the help of Russian Aerospace Forces, which are providing the Syrian army troops standing on the defensive with all necessary measures of support, Lt. Gen. Rudskoy added.

On Monday, Daesh terrorists have surrounded the Deir ez-Zor military airfield in Syria northeast, al-Mayadeen TV channel reported. The terrorists managed to approach the airbase, gaining control over the territory which had been earlier occupied by a Syrian army military unit.