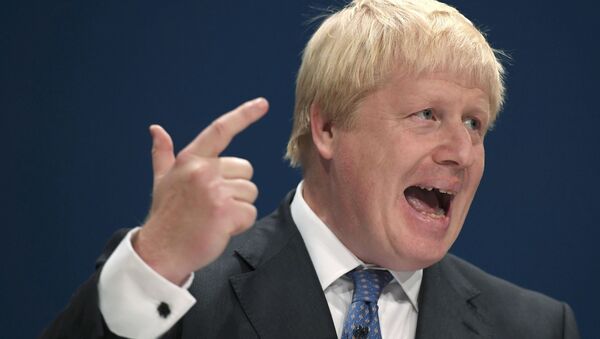 MOSCOW (Sputnik) — Additionally, Johnson urged to bridge difficulties between the countries and warned against going "back to the world of the 1930s with strong men in power everywhere, with autarkic and beggar-thy neighbor-policies of tariffs and other barriers to trade."

"I think the time has come to stick up for free trade to make the case once again for the immense benefits of a globalized economy where we learn from each other and trade freely with each other and that case needs setting out here now," Johnson said in a speech, the transcript of which was published on the UK government's official website.

After Brexit, the United Kingdom is searching for new trading partners besides Europe. In December 2016, UK Prime Minister Theresa May during her visit to India said that Britain aspires to be the biggest advocate of free trade in the world.

India became independent from Britain in 1947, but is still a member of the Commonwealth of Nations. The two countries cooperate in economic, military, cultural, and different other spheres.