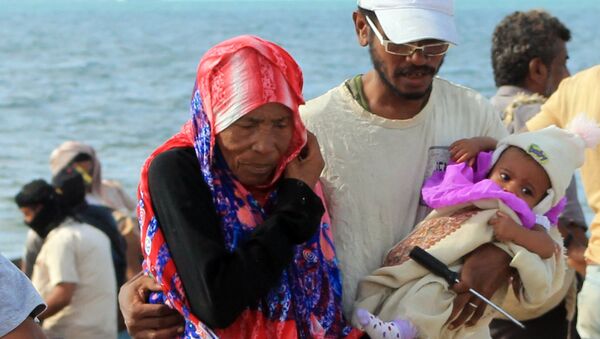 The death toll in the war in Yemen has risen to more than 10,000, according to the UN, with the organization launching a fresh plea for all sides involved in fighting to put an end to the two-tear conflict.

Without being able to paint an exact picture of the number of dead in the country, UN Yemen Humanitarian Coordinator Jamie McGoldrick, said estimates suggested "that over 10,000 people have been killed in this conflict and almost 40,000 people injured."

The UN also estimated that of those fatalities, 4,200 have been civilians.

"This once more underscores the need to resolve the situation in Yemen without any further delay," Farhan Haq, deputy spokesman for the UN general secretary, said in New York.

"There's been a huge humanitarian cost."

The war in Yemen has had a devastating effect on the country, with an estimated 20 million people — 80 percent of the population — in need of some sort of humanitarian aid, while more than 3 million have been displaced. 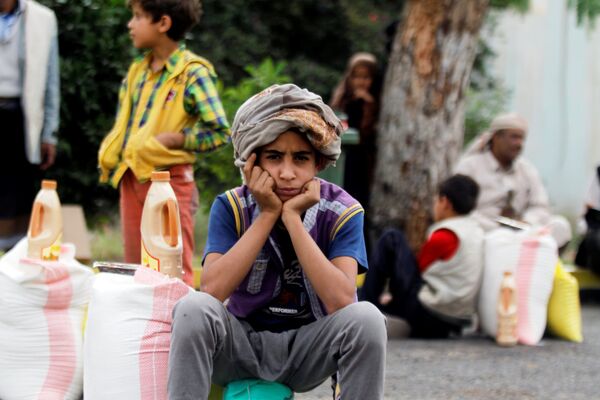 A boy sits next to food supplies he received from a local charity in Sanaa, Yemen, June 23, 2016.
© REUTERS / Mohamed al-Sayaghi

'Gulf States Do Not Want Peace in Yemen'

Large parts of the international community, including the UN and numerous NGOs, have been incredibly critical of Saudi Arabia's aerial campaign in Yemen, with Riyadh accused of targeting civilian sites such as schools, hospitals and markets throughout the conflict. 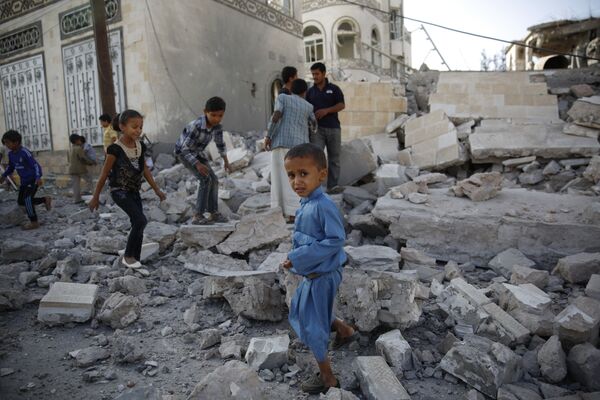 The Saudi campaign has been accused of being responsible for the majority of civilian casualties.

The US and UK have also been accused of complicity in alleged breaches of international humanitarian law as a result of their logistical support and continued sale of arms to Saudi Arabia.

The United Nations' humanitarian aid official in #Yemen said that the civilian death toll has reached 10,000, with 40,000 others wounded

​The UN have renewed the call for an end to fighting in Yemen, with Special Envoy for Yemen, Ismail Ould Cheikh Ahmed, to visit Aden for talks.

Despite the UN's optimism, Mohammed Bahiti, member of the Houthi-aligned Ansar Allah movement, told Sputnik the international efforts to stabilize the country "will not achieve a due result because the coalition of Gulf states do not want peace in Yemen."