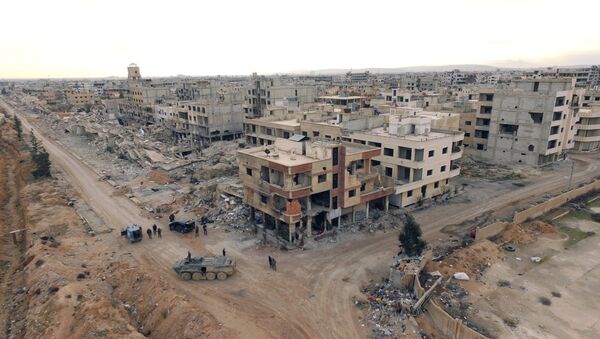 © Sputnik / Mikhail Alayeddin
/
Go to the mediabank
Subscribe
International
India
Africa
Chief of the Syria’s National Security Bureau Ali Mamlouk or one of the deputy chiefs will participate in the intra-Syrian talks in Astana as a member of the government's delegation, a source told Sputnik on Wednesday.

BEIRUT (Sputnik) – The source added that the government’s delegation would also include two officers of the Syrian army.

Syrian Envoy to UN Confirms Leading Govt. Delegation at Astana Peace Talks
On Tuesday, Syria's Permanent Representative to the United Nations Bashar Jaafari confirmed in an interview with Sputnik that he would lead the Syrian government’s delegation at the coming talks.

Syrian government officials and representatives of various opposition groups are expected to meet in Astana on January 23 for reconciliation talks brokered by Russia, Turkey and Iran. The Astana consultations will be followed by a UN-mediated meeting in Geneva on February 8.